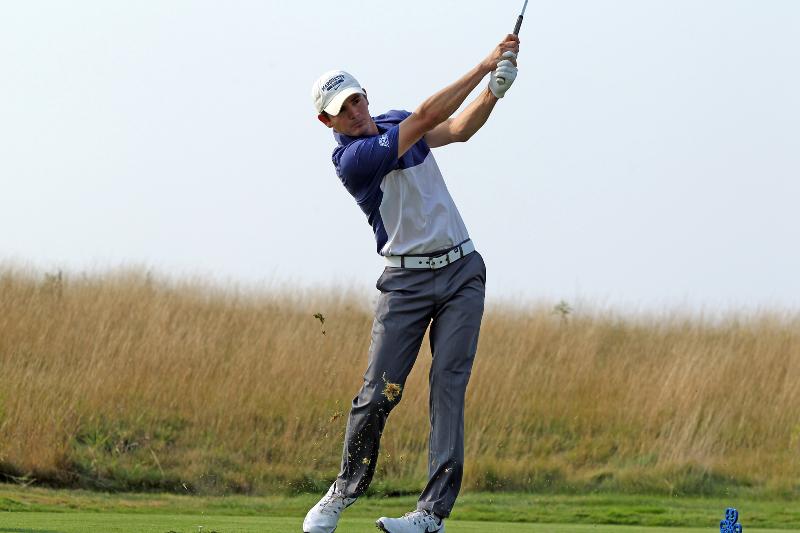 After bottom half finishes in their first two outings of the season, Marquette golf looks to regain some confidence on home soil as it hosts the Erin Hills Intercollegiate tournament beginning this Sunday.

Earlier this month, head coach Steve Bailey addressed the chance of playing at Erin Hills, currently ranked as the eighth best public golf course in America according to Golf Digest. The course will be hosting the US Open two years from now.

“The opportunity to play Erin Hills for four straight days against some of the best competition in college golf will certainly be a memorable experience,” Bailey told GoMarquette.com.

Last year at this tournament the Golden Eagles finished strong and earned a third place finish overall, behind only UCLA and SMU.

In addition to battling ranked teams, the Golden Eagles will also face a pair of players ranked in the world’s top 20 amateur players. They are Bryson DeChambeau of SMU, the 2015 NCAA Champion and U.S. Amateur Open Champion, as well as Jordan Niebrugge of Oklahoma State, a 2015 Open Championship Silver Medalist.

In both of Marquette’s first two tournaments, the team began with impressive rounds, but fizzled off as the tournament went on.

At the North Intercollegiate Tournament, the team ended the first round in sixth place, but dropped to tenth place by the end of the tournament. In the Windon Memorial Classic, the same trend took place as the team ended Round One tied for ninth, ultimately finishing eleventh.

Another important factor for this upcoming tournament and the rest of the season is the play of Pat Sanchez. A senior leader and key contributor to the team’s BIG EAST title last year, Sanchez has struggled during his first two tournaments. He finished 61st overall with a 12-over-par at the North Intercollegiate Tournament, and tied for 72nd with a 17-over-par at the Windon Memorial.

Redshirt senior CJ Swift has been a pleasant surprise. He finished in the top-25 at both tournaments, earning a 9-over-par to finish tied for 22nd at the North Intercollegiate, and a 1-over-par, 22nd place finish at the Windon Memorial tournament.

If both Swift and Sanchez can find their groove, the team should be able to find success and surprise some teams.

In addition to hosting this tournament, Marquette will also host an NCAA regional this upcoming spring at the same site.