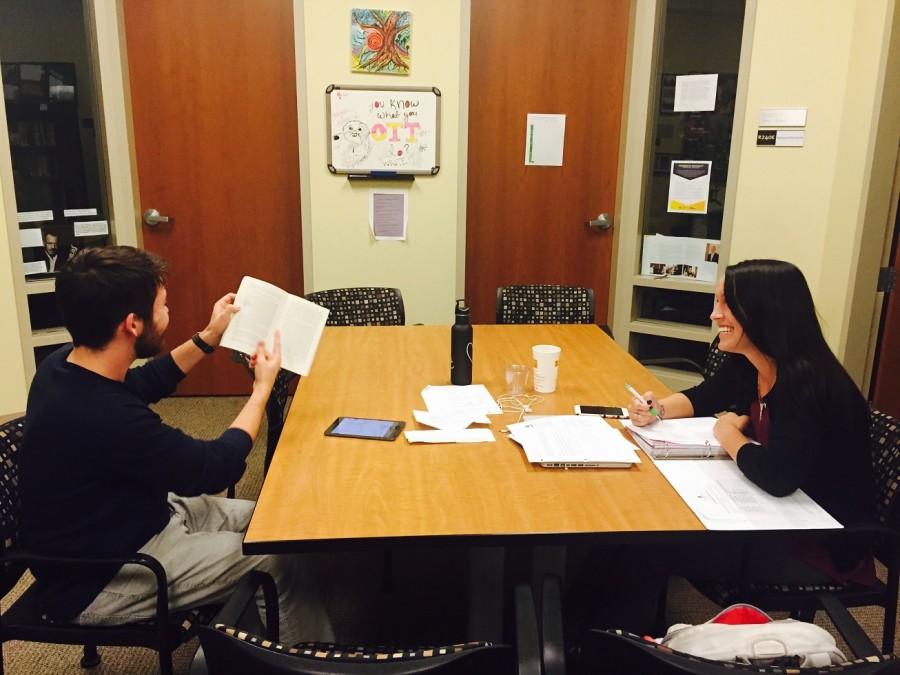 Students in English 1001 and 1002, both University Common Core classes, will receive feedback for their first essays soon, but there’s a grade that doesn’t fall on the typical A to F scale.

X-grades, assigned by English professors, are an opportunity for students to improve their understanding of assignments while earning a passing grade.

“It gives professors more flexibility to work with students,” Angela Sorby, an English professor in the College of Arts & Sciences and the director of First Year English, said. “It gives the student an opportunity to learn from these mistakes.”

Sorby said there are times when she doesn’t want to penalize students for misunderstanding an assignment, but she can’t give them a good grade either. That is where the X-grade comes in.

“The use of the X-grade is up to the instructor,” Sorby said. “It’s designed to give the professor flexibility. For example, the student may have a great paper but have missed the point of the assignment.”

Sorby said the X-grade started in 2011, but she has only used it four times in three years. She said the only X-grades she gives is when there is a significant misunderstanding between her and the student, not because a paper requires additional time to complete.

Aaron Lambrecht, a First-Year English program professor, worked at the university for two years and recently gave an X-grade for the first time.

“It’s a useful policy,” Lambrecht said. “It’s a good tool for instructors to help students when the problems in their paper get in the way of their argument.”

Danielle Clapham, a First Year English professor, said the X-grade could be used for students who commit certain errors over and over again throughout the semester.

“It’s a good safeguard,” Clapham said. “The X-grade is there so when grammar mistakes are so egregious that it muddles the argument, the professor can meet with the student to correct the mistakes and, in theory, make the argument clear.”

Clapham doesn’t believe a student would receive an X-grade by throwing a paper together the night before an assignment is due. Even if the student rushes an essay in the hopes of getting an X-grade, it most likely wouldn’t buy them extra time.

“I think it would be clear in their paper that they understand grammar rules,” Clapham said. “They’re just not following them.”

Lambrecht said he is aware that students throw their papers together in hopes of receiving a X-grade, but he is straightforward with his students at the beginning of the semester.

“I make sure there is good communication with my students in hopes of avoiding a misunderstanding where I might have to use it,” Lambrecht said.