Marquette faces No. 14 Notre Dame on the road 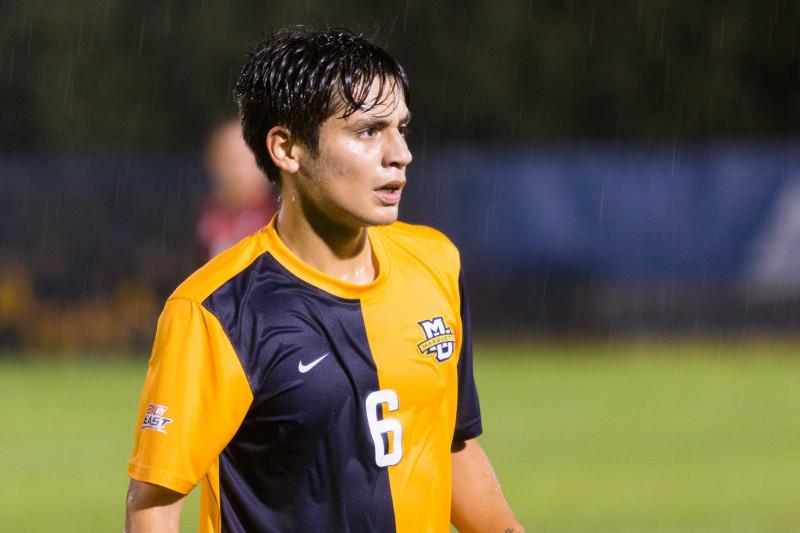 Tonight the Golden Eagles face a big non-conference test against No. 14 Notre Dame. It’s the first time Marquette has played a ranked opponent this season.

Marquette is looking for its first win against the Fighting Irish since 2011, despite playing Notre Dame each of the last five seasons. Notre Dame won last season’s matchup 2-1 at a neutral site in Bloomington, Indiana.

Notre Dame was ranked 2nd in the country before losing to Xavier on Sept. 15. Three days later the Irish lost again, 4-2, to the No. 2 North Carolina Tarheels.

The Irish are led by sophomore Jon Gallagher, who already has five goals and an assist through nine games. Notre Dame has played well offensively in the last two games against Michigan State and No. 4 Virginia, scoring a combined seven goals.

The Golden Eagles are coming off a 0-0 draw to the one-win St. John’s Red Storm. This Notre Dame game is significant when it comes to the team’s RPI and chances for making the NCAA tournament if they fail to win the BIG EAST. The team doesn’t have too many opportunities against Top-15 opponents. No. 1 Creighton is the next huge résumé booster.

The two teams kick off at 6 p.m. tonight in South Bend. After this match, the only remaining non-conference game for Marquette will be Wisconsin next week.