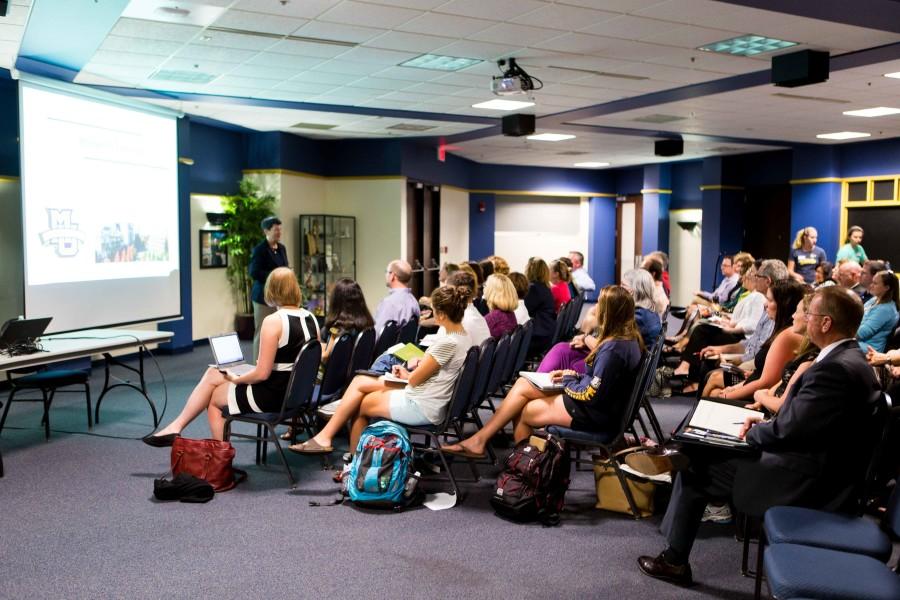 This week, continuing our examination of the climate study results, the Marquette Wire will look at the issue of “micro aggression.” Of the survey participants, 74 percent felt the climate was “very comfortable” overall. However, 19 percent of participants claimed they had experienced “exclusionary, hostile conduct.”

The majority of the 19 percent of participants who experienced “hostile conduct” categorized the event as a micro aggression. Examples of such behavior include disrespecting, ignoring, excluding or isolating an individual because of ethnic or social differences. In essence, a micro aggression is any small or commonplace comment that is perceived as offensive or derogatory.

At Marquette, ethnicity is the main culprit for exclusionary and hostile conduct, with gender identification a close second, according to survey results. These experiences were predominantly reported within cohort (student on student, faculty on faculty). Within the student cohort, these experiences primarily occurred within student housing (dorms, apartments, etc.), which sets Marquette apart from other universities that also deal with problems of micro aggression.

The first aspect of the results that must be addressed is the fact that the micro aggressions are “passive.” Students and faculty say and do things that can be perceived differently than the ways they were intended. Commenting, “You must play basketball,” to an extremely tall student, or “Where are you from? You’re very exotic,” to someone with a darker complexion may seem like a compliment in your head, but can come off as offensive to someone else.

University students come from a variety of places, backgrounds, and ethnicities, especially at Marquette. Where you grew up, how you were raised and even where you went to high school often has a major effect on how you interact, or fail to interact, with people of different cultures.

The challenge with micro aggression is recognizing that a comment you perceive to be of genuine interest in another could come off as insensitive or offensive to the recipient. Individuals are unable to address the problem because they are not mindful that the problem exists,  illustrating  why micro aggression is a subtle issue that festers when left unresolved.

Despite the fact that niceness permeates Marquette’s campus, subtle, passive comments lessen our vocalized value of respecting one another. It is not acceptable to act a certain way because you are unaware of what you are doing, especially when it is at the expense of another person. Marquette, as an institution that fosters the development of its people of different titles, cultures and ethnicities, has the responsibility of addressing micro aggression as a legitimate campus issue.

Marquette does an excellent job addressing certain issues during freshman year, utilizing D2L videos and quizzes for academic integrity and alcohol education training programs. In the same way, cultivating awareness about what is said and how it may be perceived could be beneficial to Marquette students and faculty. If students were required to watch a short, informative video on micro aggression when they first arrive on campus, it may bring light to the subtle, but pervasive issue of micro aggression.

The survey results posit that micro aggression is just as prevalent amongst staff as it is with students. In order to best gauge students and faculty, it would be in the university’s best interest to create a video that is short and simple. Students and faculty may be more likely to retain information from a program when they are not aggravated by the inconvenience of the time it takes to complete it.

If Marquette wishes to abide by their underlying principle “cura personalis,” they will take initiative and address micro aggression as a campus-wide issue. If students and faculty come to Marquette with cultural and social prejudice, whether intentional or not, it is Marquette’s job to cultivate mindfulness with the intent of defying miscommunications and misperceptions we all inevitably have.