How to start your own club as a student 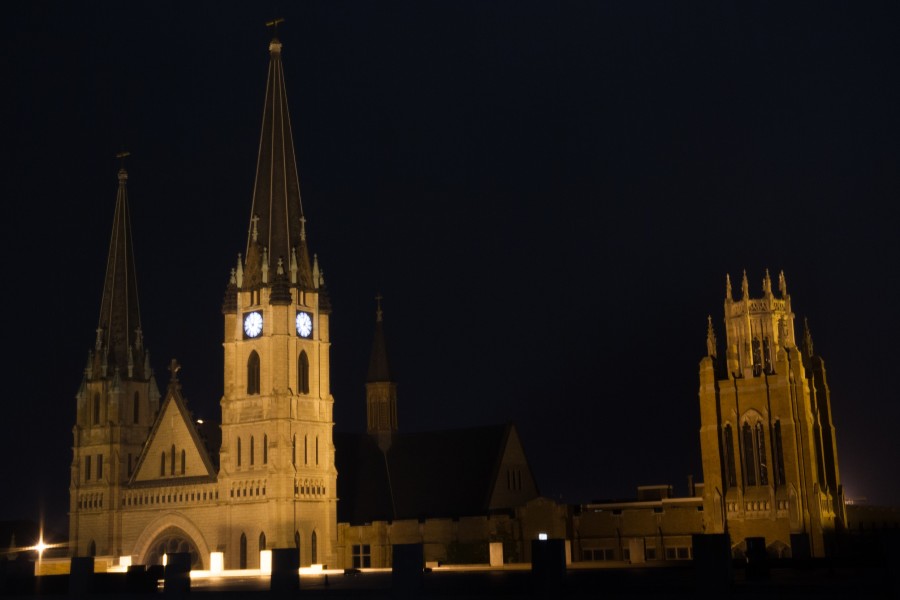 It all started with a few chords, some nice weather and two ukuleles.

“We would sit at the picnic tables in front of the AMU and play a few songs,” Julie Medenwald, a senior in the College of Health Sciences, said. “That’s what sparked the idea for the club.”

Medenwald and Haley Gallina, a senior in the College of Arts & Sciences, co-founded Marquette’s Ukulele Club last fall after attracting interest from onlookers at their outdoor ukulele sessions.

Medenwald said the process to become a club took about a semester, but they were slow to start up due to busy schedules and prior commitments.

Chris Spaulding, a senior in the College of Engineering and the first official member of Ukulele Club, said the club has evolved since its first meeting.

“It was a little awkward at first, we would go around and practice any way we could, but we wanted the first few times to be about teaching,” Spaulding said. “I think our most successful moment was when we played at a concert for Autism Speaks last year.”

Three years ago, another musical group found a way to showcase its talent. After the Marquette Gold ‘n Blues turned down a group of female students, the Meladies were born.

Nicki Dower, a senior in the College of Education and a founding member of the Meladies, said starting an acappella group and new organization completely changed her Marquette experience.

“Once we came up with the name, we decided to make it official,” Dower said. “We had to draft a constitution with our rules, when we would practice, who would be on our executive board and all of it. It took a few weeks to get it approved, but it was worth the effort.”

At their first official concert in May 2013, the group came a few seats away from selling out.

“If there is something they want to get involved in that is not already happening, I say go for it,” Dower said.

Joe Hahn, a junior in the College of Engineering, did just that by creating Skunkworks, an engineering club and prototype design team.

It took over a year to get the club started because co-founder Nolan Bollier, a junior in the College of Engineering, was studying abroad during the spring semester. Skunkworks became a recognized student organization at the start of the fall 2015 semester.

The pair turned in their constitution at the end of their freshman year, which pushed their MUSG review to the start of their sophomore year.

These three clubs have one thing in common: they all started in the Office of Student Development.

Julie West, coordinator for leadership programming and student involvement, oversees the creation of clubs and organizations on campus. West said any student can create a club or organization by following a three-step process:

1. Fill out a request to organize form, found in the Center for Leadership, Service and Involvement.
2. Put together a constitution outlining the purpose of the group, how it will function and the election process for officer positions.
3. Present your group and constitution to Marquette University Student Government to be reviewed and voted on by a committee.

West said the average process takes a couple of weeks, depending on the group applying.

The last day a group can turn in their constitution to be reviewed this semester is Oct. 16.