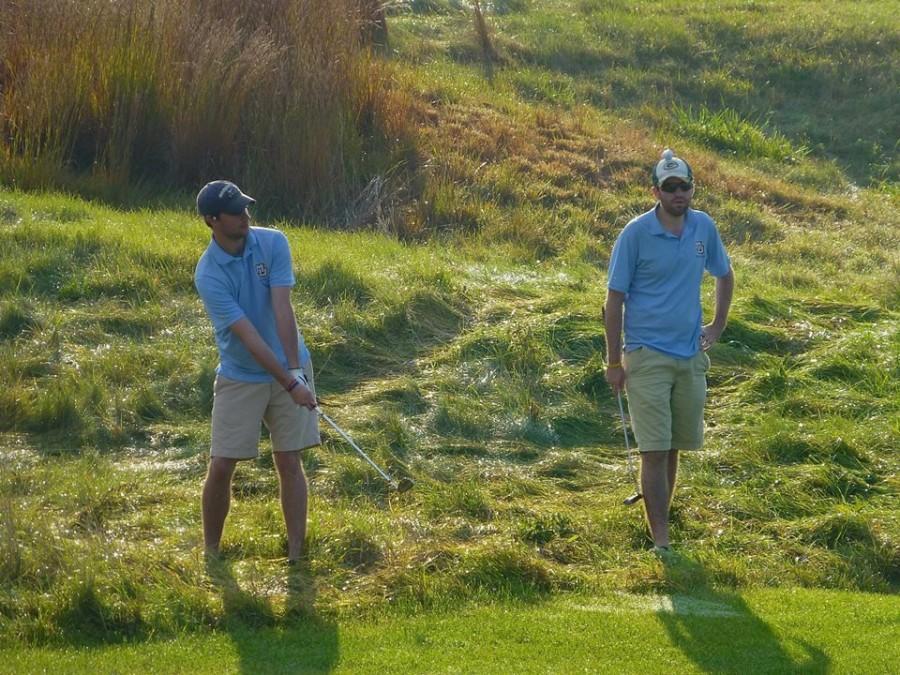 With its first tournament of the semester  this weekend, Marquette club golf is confident this year will be a memorable one. An influx of young talent and the return of experienced members have the club set up to reach new heights.

Seniors Chris Ciciora and Tyler Snyder, the club’s respective president and vice president, called this year’s team the most talented they’ve been on. Both attributed the added talent to the team’s first-ever tyouts.

“We had tryouts this year for the first time ever, so we’re looking to be a lot more competitive than in years past,” Snyder said. “Guys are a lot better this year, and the tryout kind of helped that.”

Ciciora credited the difference to the club’s more serious attitude this year.

“(The) last couple years have been pretty laid back,” Ciciora said. “Some of they guys, they really loved golf, but weren’t really scoring that well.”

Ciciora and Snyder have clear goals for the season and they’re eager to see if the team can live up to the potential.

“I think we got a shot this year to make it to nationals,” Ciciora said. “The last couple years, it was fun. We set the foundation, but now we’re moving forward with it.”

Ciciora knows that there is one school in particular they will have to outplay if they hope to get a spot at nationals.

“Looking through our lineup for our A team, I think we can finally beat (Wisconsin-Madison),” Ciciora said. “They’ve won the North Region like five semesters in a row, so it’d be nice to knock them off.”

For the club to qualify for the national tournament in San Antonio later in the semester, the club has to win at least one of its two tournaments, while also finishing no lower than second in the other.

With more than half the team being freshmen, the first tournament, NCCGA North Regional Tournament #1 will be Ciciora’s first chance to see what the new kids can bring to the table.

“This first tournament, we’ll see how it goes and then we’ll re-evaluate how we did and see if we need to make changes in the lineup,” Ciciora said.

Snyder thinks with the young incoming players this year will be the beginning of a new era for the golf club.

“In the past, there wasn’t much diversity, but now this year there’s much more younger than older (students),” Snyder said. “Almost like a rebuild.”

The club’s vice president still has lofty goals ahead beyond its first tournament.

“Every tournament we’re going to try to win, and I think we have the team to do it this year,” Snyder said.

“I would say just finishing in the top two (is the goal),” Ciciora said. “I would be happy with that and give us some confidence moving forward into the next tournament.”

The NCCGA North Regional is this Friday and Saturday, Sept. 25-26, at Fire Ridge Golf Course in Grafton, Wisconsin.