Best and worst of the 2015 Emmy nominations 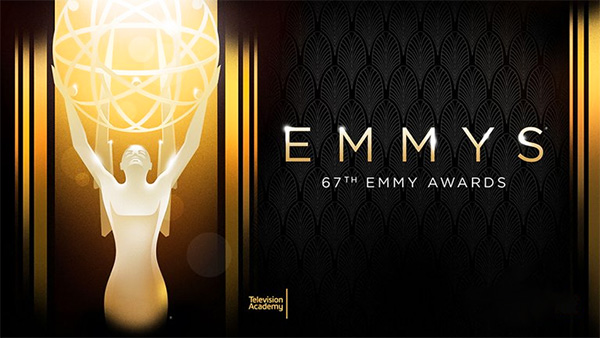 With the 2015 Emmys fast approaching, the Marquette Wire’s resident TV aficionados, Dennis Tracy and Lily Stanicek, sat down to talk about who they think will win and, maybe even more importantly, who they think should lose before the televised airing on Sept. 20. Hitting all the major categories, let’s start right off the bat with…

Lily Stanicek: I think “Mad Men” should and will win, hands down. Compared to season one, I was underwhelmed with season two of “Orange is the New Black.”  And this year it’s switched from the comedy category to the drama category, which to me is confusing. I think it will be confusing for Emmy voters as well.

DT: Oh come on, that ending where Rosa drives away and runs over Vee? That was a perfect send-off to the character and to the season as a whole. The flashbacks got better, and it demonstrated how great the ensemble is by removing Piper for an episode. But I agree, I think “Mad Men” will win.

LS: Yes, I guess I did appreciate the lack of Piper.

DT: Comedy — literally anything but “Modern Family.” “Transparent” is probably the only one that truly deserves it, even though “Louie,” “Parks and Recreation,” “Silicon Valley” and “Veep” had fantastic seasons. Jill Solloway was already a great writer on “Six Feet Under,” and she delivered probably one of the best first seasons to any comedy or “dramedy” in long while. Each episode of “Transparent” was as engaging and moving as the last. I love the Duplass Brothers, those guys are on their way to become the next Coen Brothers, and this truly is Jeffery Tambor’s best role.

LS: Absolutely. I’m so disappointed that “Modern Family” continues to get nominated. I wish they set a higher bar for network TV. If they keep getting nominated, I’m afraid networks will continue to be OK with mediocrity. I would say “Transparent” will win this category, even though I would give an arm and a leg for “Parks and Recreation” to win. And “Louie” is always so good, but I think that the structure of the show is so different that it doesn’t get as much credit for what it’s doing.

DT: Jon Hamm. Don Draper is one of the most iconic characters in all of TV. As much as I like Bob Odenkirk in “Better Call Saul,” I don’t think his role as Jimmy McGill is recognizable yet, but it was getting there by the end of the first season.

LS: Other than Hamm, I honestly can’t see anyone else in the category winning. Even Odenkirk, although he would be, I think, the closest runner-up. “Better Call Saul,” is also trying to figure out where it fits, because it’s becoming clear that it’s not “Breaking Bad,” despite the spin-off status. I’m not sure this material is enough for Odenkirk to knock Hamm out of the top spot. And the Emmys gave it to Bryan Cranston last year, when Matthew McConaughey had made it a much closer race than it is now. I think here it’ll be a surprise if Hamm doesn’t win it.

DT: Jeffery Tambor, I think, for this one. The runner up could be Will Forte, for the level of sad and madness he did in the pilot of “Last Man on Earth.”

LS: I think that Tambor will win and probably should win. But what about Louis CK? Honestly, I think that he should be the runner-up, but he has a terrible track record at the Emmys (he’s only won for writing) so Forte might be the better pick as an alternative.

DT: I love Louis CK. I think “Louie” is brilliant and a fantastic series. I love everything about it, but I’m throwing in the towel. I don’t think the Emmys are ever going to recognize his work outside of his writing, which is upsetting. “In the Woods” wasn’t even an episode, it was its own 70 minutes, and it was amazing. Lot of humor in it, lot of love for his own kids in it, and didn’t get a darn thing for it.

LS: Side note: it’s continually interesting how “Transparent” and “Orange is the New Black” seem to be straddling genre lines. It would be weird for Tambor to win in this category. Although it’s clear that out of all the nominations he gave the best overall performance, I can’t remember when I was watching that show ever really laughing at anything that happened to Maura or anything that she did. I mean, it probably happened, but that was never the point of the show, to get laughs. It might actually indicate a shift in comedy overall. I mean, there’s a lot of angst and sadness in the entire category. Change is always hard and confusing, but, silver lining — “The Big Bang Theory” is finally gone from the nominations!

DT: Thank God “The Big Bang Theory” is gone, because it’s trash. Now, with Jeffery Tambor, you’re right, it wasn’t funny. It was a much better drama performance than a comedy, but it was still something incredibly moving. “That’s because, Ali, my dear, you simply cannot do anything!” I had chills after that.

LS: That’s what I mean; either there’s no real rhyme or reason to why shows are considered comedies or not at the Emmys; but I think the more compelling idea is that there is a shift away from the kind of mindless comedy of “Big Bang” and “Modern Family,” toward using comedy as a tool for much more interesting storytelling.

DT: Another reason I’m rooting for “Transparent” is that I’m tired of all the think pieces about how Netflix is this unstoppable beast of a streaming platform. Amazon, Hulu and Yahoo have a right to compete with Netflix.

LS: “Transparent” winning would be great for Amazon, especially because it hasn’t had the amount of critical acclaim, at least at the Emmys, that Netflix has been riding for a few years now. “Transparent” took advantage of the freedom that streaming services give to content creators, which I’m hoping will be a lead-in for that to happen much more in TV.

DT: Yeah, absolutely. Especially when people are getting to make shows like “You’re the Worst,” “Review” and “Bojack Horsman.” Comedy is changing for the better.

DT: Outstanding Lead Actress is Amy Poehler. As much as I love “Veep,” Poehler really had some incredible moments in the “Parks and Recreation'” episode “Leslie and Ron” that showed just how great of an optimistic person Leslie Knope was. Selina had her moments, too, on “Veep,” but she’s won the last three years for it. I think the streak is over.

LS: I’m a pessimist so I’m thinking Julia Louis Dryfus for “Veep” will win. But absolutely, Poehler should win.

DT: Elizabeth Moss takes this for her role in “Mad Men” because, duh.

LS: See, I think this category is so up in the air I’m not even sure who to pick. At first glance I would pick Moss as well; but they could just as legitimately give it to Tatiana Maslany, Viola Davis or Taraji P. Henson. Personally, I would like to see Maslany win because she is absolutely incredible on “Orphan Black.” That will probably be a long shot, but I could honestly see it going several different ways. Moss does seem like a safe bet though.

DT: I’m not sure. It’s a strong lineup. As long as it’s not Robin Wright for  “House of Cards.”

LS: I think Tituss Burgess takes this one. I like Andre Braugher as well, but what Tituss did in “Kimmy Schmidt” was fantastic.

DT: I agree. Although, Tony Hale in “Veep” this year was great. That standoff scene with President Mayer was terrific. I had no idea Buster Bluth could be so angry.

DT: Yeah, because after six years on the air, has playing a dorky dad become Emmy material? No.

DT: I think this category is a race between Jonathan Banks from “Better Call Saul” and Ben Mendelsohn. I loved Mendelsohn in “Bloodline.” He started off quiet, but quickly became a very menacing character. While “Bloodline” wasn’t the greatest thing Netflix has done so far, his performance saved the show.

LS: I haven’t seen “Bloodline.” Kind of like with Odenkirk, I felt like Banks didn’t have a lot to work with. Although, he submitted “Five-O” as his episode for consideration, which might be what wins him the Emmy. The show was pretty tame for the rest of the season, and he didn’t have much material to work with. And then in “Five-O” he knocked it out of the park. So if they’re just looking at that episode, I think he could win it.

LS: I’d say either Uzo Aduba or Christina Hendricks for this category. I’d like it to go to Abuda, but if Hamm and Moss win they might go for the trifecta with Hendricks.

DT: This one could be Gaby Hoffmann.

LS: I’d definitely say Hoffmann for this category. She had some of the funniest moments in “Transparent,” and her timing and delivery is so unique. None of the other nominees, other than maybe Anna Chlumsky, I think would even come close.