HANNAN: Armed MUPD may have negative effect on campus safety 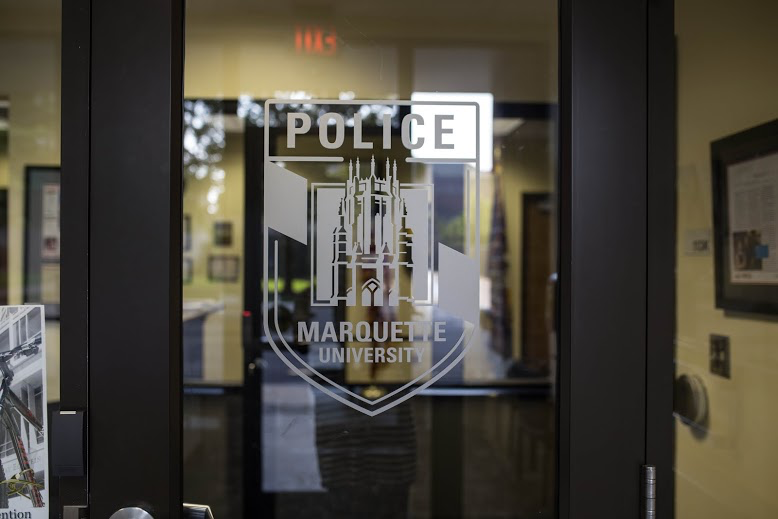 U.S. police kill an estimated 1000 civilians every year, according to the Bureau of Justice. In many cases, “deadly force” was justified because the victim was considered an immediate danger to others. However, since there is currently no standardized reporting procedure for police homicides, this shocking figure is difficult to estimate.

Regardless, 1000 fatalities is an astounding figure in comparison to other countries. Places like Britain and New Zealand, where police officers do not carry firearms on the street, boast some of the lowest numbers of civilians killed by police, as well as police killed by civilians each year. Despite these facts, the idea of disarming American police officers won’t be talked about for a very long time, if at all. And yet, across the country, discussion about disarming campus police departments has already begun.

This past May, after an agreement between the State of Wisconsin’s Department of Justice and the Attorney General’s office, the Marquette University Police Department was commissioned to combat growing safety concerns on Marquette’s campus. After extensive training, approximately 35 Public Safety officers are now patrolling campus as fully commissioned police offers. The goal in upgrading DPS to MUPD is to give campus officers full authority to deal with campus incidents themselves, allowing MPD officers to maintain force elsewhere.

As a student whose address is uncomfortably close to the ones frequently cited in Marquette Safety Alerts, I welcome the increased safety that MUPD can offer. However, I am still not convinced that guns are compulsory for safety. Wisconsin is one of the most pro-gun states in the U.S., which makes gun regulations on Marquette’s campus more complex than other universities.

Even though concealed carry is now permitted in Wisconsin, Marquette still exercises its power to ban guns on campus, which includes university-owned housing. However, students living off campus are still allowed to keep guns in their homes.

This seems like an unnecessary risk to me. Of course college students would never partake in anything that hindered their judgement…but if they ever did, it’s better for the resulting mistakes they make to involve cheese curds rather than deadly weapons. Opinions on student gun control are essentially irrelevant right now since Marquette’s hands are tied by state law. Gun laws for the MUPD are completely under university control, however.

Police and their use of firearms have fallen under the national spotlight after a wave of wrongful police shootings and a subsequent backlash from citizens. The U.S. is the uncontested world leader in fatalities caused by police. According to The Guardian there have been 55 fatal police shootings in England and Wales during the last 24 years compared to 59 fatal police shootings in the U.S. in the first 24 days of 2015. Even after adjusting for population, that is a terrifying statistic. As of late, campus police specifically have been under the microscope after University of Cincinnati police officer Ray Tensing shot and killed unarmed driver Samuel Dubose.

Although guns undoubtedly offer protection in certain contexts, they are easily misused. Officers that have never used a gun outside of training, like campus police, are more likely to make a mistake. And mistakes that involve deadly weapons are often just that: deadly.

Another concern with armed campus police is the fact that most of the incidents they respond to involve students. Guns may be necessary to take on armed assailants, but seem excessive for enforcing noise complaints.

Despite the pro-gun sentiments of Wisconsin law makers, Marquette strictly regulates guns because it sees the danger of inexperienced students carrying weapons. This same logic should apply to inexperienced MUPD officers. I am not questioning the skill of the MUPD. Their increased presence is crucial to the safety of our students and faculty. But recent events across the country have proven that even the most seasoned veteran officers can make mistakes when weapons are involved. This should not be surprising as making mistakes is an integral part of human nature. But gun-related mistakes often lead to serious injury or death and with stakes that high, we can’t afford to gamble.