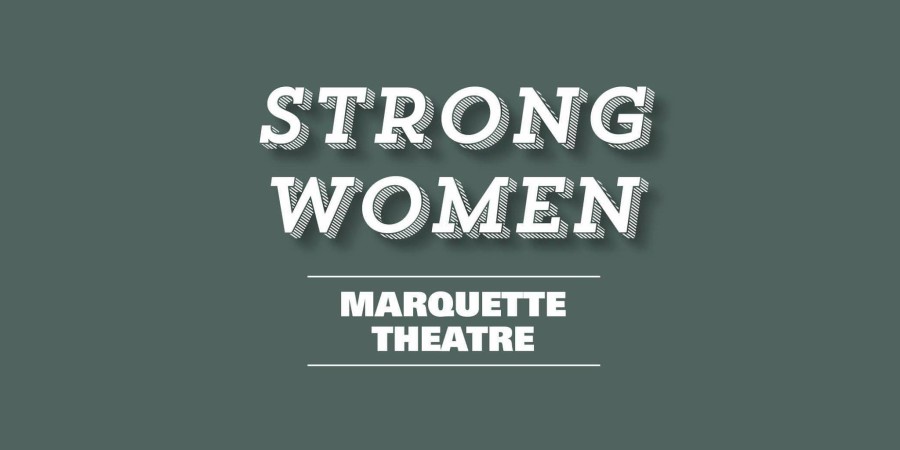 The Marquette Theatre's featuring theme of the 2015-2016 season is “Strong Women.”

“Another opening, another show.” Now is the time of year when the Helfaer Theatre opens its doors to a brand new season of plays and musicals. The featuring theme of the 2015-2016 season is “Strong Women.”

The Helfaer begins this season with “Loose Lips Sink Ships” in late September, continues with “To Kill a Mockingbird” mid-November, “Ivy + Bean the Musical” in January and “As You Like It” in late February.

The featured shows will encompass a theme of strong women, as the plays are either written by or about women.

Artistic director and associate professor Debra Krajec expanded on the theme and the theatre’s choice of plays to showcase this season.

“I saw this ripple effect of a focus of female playwrights happening across regional theatres and especially throughout Milwaukee,” Krajec said. “We wanted to take place in it and along our way there, we discovered how many connections to women in the theatre there can be.”

Stephen Hudson-Mairet, department chair of digital media and performing arts, weighed in on why this theme became important to the Marquette theatre community.

“This idea really struck a nerve and resonated strongly with us,” Hudson-Mairet said. “We are predominantly female this year and wanted to find a way to highlight their work. It is an interesting little stew when you put these shows together and as it starts to lay out you can see a theme emerge once the pieces come into place.”

These shows highlight the history of many women with the help of captivating scripts and interesting facets of each show.

The Helfaer’s first show “Loose Lips Sink Ships” will be performed over family weekend making it a definite destination during the weekend of events. The musical takes place in Sturgeon Bay, Wisconsin and tells the story of the young women who take the place of their husbands and brothers during World War II.

The design process behind “Loose Lips” took a new spin as Hudson-Mairet introduced the play to his Computer Applications in Theatre course last spring. The group of students, which included some comfortable to design and others who were completely new to the concept such as engineers, enrolled for an honors course. The class worked as a collaborative with the director to create the set, lighting and costumes for the upcoming show.

“It is truly a student designed production from the ground-up,” Hudson-Mairet explained. “It’s an experimental thing to bring your scholarship and your teaching into one place in order to make sure it is serving your students at the same time.”

The second show for Helfaer is “To Kill a Mockingbird”, a show that many students will recognize but may not have seen acted out before.

“We thought this would be such a powerful play to perform as it deals with race and prejudice,” Krajec said. “We hope that these shows can also become great subjects of discussion in the classroom from a professor’s standpoint. There will be a whole series around “To Kill a Mockingbird” that will include talkbacks on the topics of family relations and other issues brought up in the show.”

Next on the list is “Ivy + Bean the Musical,” which is based on the popular children’s books of two young girls who cannot help but get into mischief. The play will be performed for the public and for Milwaukee school children.

Every other year the theatre puts on a Shakespearean play. The choice came down to “As You Like It,” with main character Rosalind who must dress as a man to get what she wants.

“The arch of the season is really interesting as we do focus on some of the stronger woman characters,” Hudson-Mairet said. “Each one has a unique way of applying what it means to be a strong or meaningful character within a play. Each play has its own meaning dynamic around it and it all ties into a whole over the season.”

A show that is not featured in the MU box office, but one that will be performed downtown is “Censored on Final Approach,” a show theatre goers will be very proud to see on stage again.  The late Phylis Ravel, former Marquette Professor, wrote this play. The Helfaer is working with the Renaissance Theatreworks, a professional theatre company, to put the show back on the main stage in late spring.

Theatre arts student and junior in the College of Communication Aileen O’Carroll explained her excitement for this show.

“I’m most looking forward to being in a show this year working with one of our guest artists,” O’Carroll said. “It is a great opportunity to learn from a professional who currently works in the theatre field in the Milwaukee area. I am looking forward to watching all our main stages come to life and sharing our appreciation of strong women in the theatre with Marquette and the surrounding community.”

This season offers the opportunity for students to enjoy new plays and for the cast to portray such strong characters.

“This season celebrates women of strength and courage; from the playwrights to the directors to the students who act in and design our productions,” O’Carroll said. “We highlight the women who create great art on the Helfaer stage and beyond as this season offers new, delightful stories, as well as time-honored classics, each demonstrating the strength and passion of numerous women.”