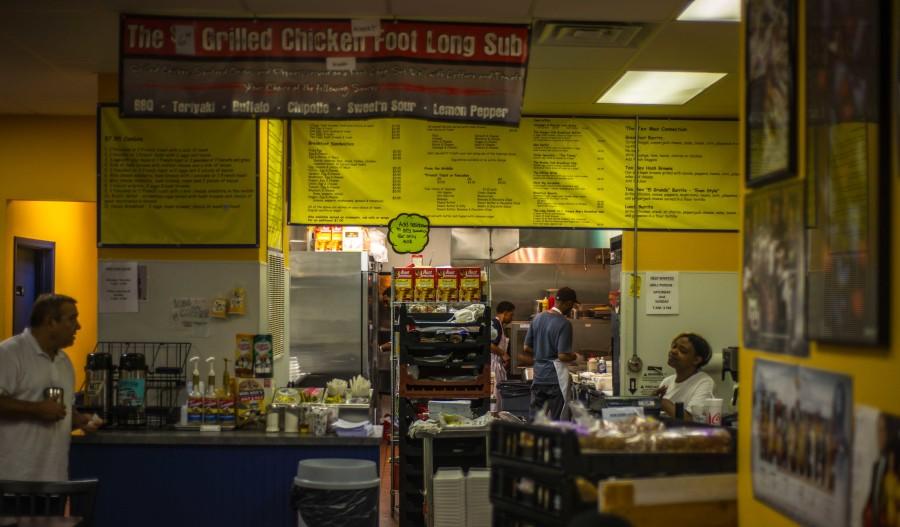 After The Broken Yolk in The Marq apartments on 2040 W. Wisconsin Ave. closed in April, a new restaurant called Mendy took its place.

The closure led to plans of extended hours for Bro-Yo Campustown. Its hours are 7 a.m. to 3 p.m. Monday through Thursday and 7 a.m. to 5 p.m. Friday through Sunday.

Bro-Yo’s owner, Jim Gatto, said he considered extending the hours, but the restaurant, located in the 1600 block of Wells St., has constraints.

“We have parameters… space limitations in the kitchen, (but) in terms of opening longer hours, sure, we’d like to stay open, but it’s just a matter of (finding) reliable people,” Gatto said.

He had negative experiences with employees who cut corners with their shifts or didn’t show up for various reasons. Because of that uncertainty, he said there are not enough backup workers to keep the restaurant running earlier and closing later in the day.

Mendy is a Middle Eastern restaurant managed by Ahmed Yafai. It opened about a month ago and is one of the few restaurants in Milwaukee to specialize in food from the Arabian Peninsula. Its signature dish, called Mendy, is steamed lamb.

Yafai also discussed the possibility of delivering in the future, saying he already spoke to a delivery service.

Gatto said he would like to expand seating either indoors or outdoors in the future. There is a small patio behind the restaurant, but he said it would need some renovation.

“(We could) put in some lattice work, dress it up a little bit so you don’t think you’re in the backyard,” Gatto said. “If the university gave me a tent, I could put in six or seven tables.”

He also considered renting the restaurant out in the evenings for private parties or opening at midnight on Fridays and Saturdays.

Gatto said he plans to pass out a survey to students that come to the restaurant next weekend. It will ask them what they think of the menu and store hours. He said he’s open to customer feedback and sees it as a way to further improve the restaurant.

Gatto also co-owned The Broken Yolk in The Marq that closed due to economic reasons.

Mendy is one of several new restaurants on campus. Subway and Tangled Noodles and More opened during summer in the Ivy on Fourteenth apartments. A Burger King is under construction in the same location.