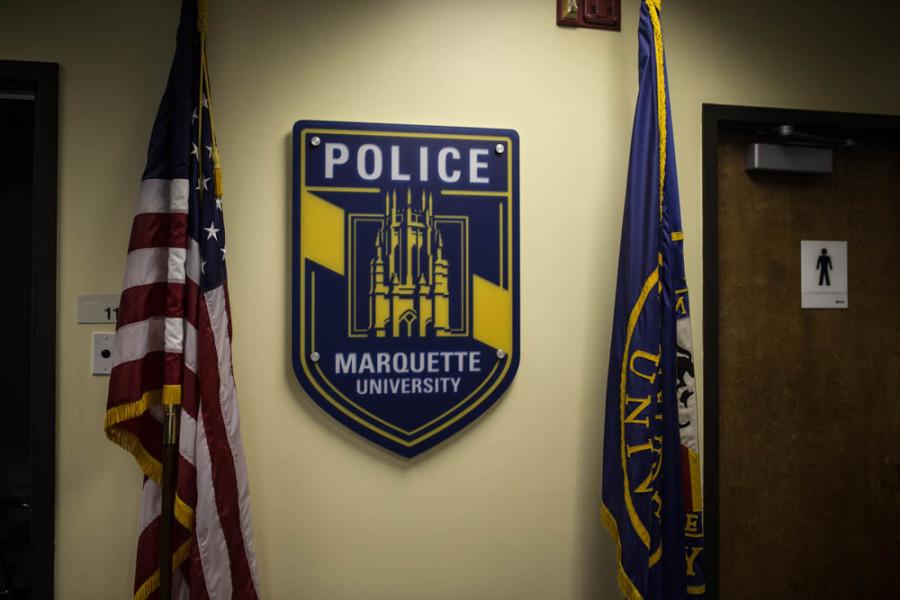 As students settle into the new semester, the Marquette University Police Department is adjusting to its first
school year of operation.

Formerly the Department of Public Safety, MUPD was officially commissioned as a police force May 1. The group worked throughout summer to train and swear-in 36 officers.

“We knew we were going to need some time to adjust and adapt to our new role, so the summer was a perfect time to make the transition,” MUPD Chief Paul Mascari said in an email.

Students have seen MUPD at work throughout the first week of school.

“We want the pedestrians to know that they have to be careful when walking around campus,” Mascari said. “People tend to get easily distracted by their phones or music and not pay attention to the traffic in the area.”

University President Michael Lovell said the university saw an immediate impact from MUPD. He said crime on campus during summer 2015 was reduced by 47 percent, compared to summer 2014.

Mascari said MUPD has focused a significant amount of attention on traffic safety. Officers are specifically
attentive to those who are speeding, failing to yield to pedestrians or driving drunk.

Farrah Masri, a freshman in the College of Engineering, said MUPD gives campus a safer and more structured feel.

“It’s like moving surveillance,” Masri said. “Someone watching you from afar but not in a creepy way.”

However, Masri questioned the force when she was on campus for the Freshman Frontier Program during summer.

“I feel like I noticed some racial stereotyping in what MUPD would report to us via text message so that’s a bit of a deterrent to me,” she said.

“As we move along in the semester, we will be making sure we continue to maintain and strengthen many of the excellent relationships we worked hard to build as Public Safety,” Mascari said in an email.

Julie Trotter, a sophomore in the College of Health Sciences, said she’s happy with the the police force in place.

“As someone who lives on the edge of campus at Mashuda, I feel extra safe walking back to my dorm at night
now,” Trotter said.

Mascari said he is pleased with the transition, describing the group’s progress as very well so far.

“We are here to work together to solve problems and we can’t do our job effectively without the support of the community,” Mascari said in an email.

“When things hit the fan, it’s going to be better to have (MUPD),” said Eric Fellin a freshman in the College
of Arts & Sciences.