BLOCKBUSTER: The most anticipated summer films of 2015 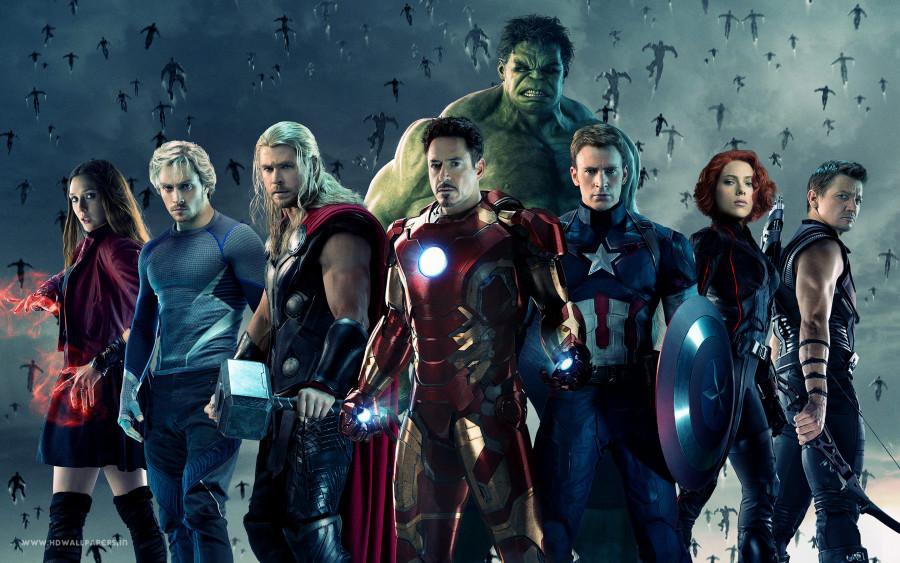 "Avengers: Age of Ultron" has high expectations prior to its release this summer.

Summertime is all about enjoying the weather, the barbecues and the general relaxation. One of the most entertaining things about the season are the summer blockbusters. Blockbusters are all about giving the audience what they want. More often than not, we see the grand-scale superhero films, sequels and intense action/adventure movies come out in the summer. These films are the real moneymakers in Hollywood. Here’s a quick look at some of the most anticipated films coming out this summer.

“Inside Out”
Directed by Pete Docter
Release Date: June 19
Pixar has created some of the most magical films of all-time, films that reach out to all age groups. Movies like “Toy Story” and “A Bug’s Life” have an element to them that stands the test of time. That’s what we hope to see in “Inside Out,” an animated film about a little girl (voiced by Amy Poehler) experiencing an overload of emotions. These emotions are characterized by famous voices like Mindy Kaling and Bill Hader. Audiences hope to experience the Pixar magic upon the film’s premiere in mid-June.

“Avengers: Age of Ultron”
Directed by Joss Whedon
Release Date: May 1
We seem to be in the midst of a comic book film frenzy. What started with Christopher Nolan’s “Dark Knight” trilogy has led to films such as “Man of Steel,” Marc Webb’s re-boot of the Spider-Man films and the financially successful 2012 film, “The Avengers.” The team of superheroes was so well-received on the silver screen the first time that producers had announced three more films to follow. The second, “Avengers: Age of Ultron,” will be released tomorrow. Although it’s technically a spring release, the movie has high enough expectations to resonate into the summer.

“Magic Mike XXL”
Directed by Gregory Jacobs
Release Date: July 1
When “Magic Mike” came out summer 2012, it sent a shock wave throughout the entire universe. It sparked mass confusion among guys, attraction among women and a whole new love for Channing Tatum. Audiences wanted to see more, so he’s back. Tatum tweeted in 2012 following the release of the first film. “We’re working on the concept [of a sequel] now,” Tatum wrote. “We want to flip the script and make [Magic Mike XXL] bigger.” Needless to say, anticipation is through the roof.

“Mission: Impossible – Rogue Nation”
Directed by Christopher McQuarrie
Release Date: July 31
It’s been four years since Tom Cruise starred in a “Mission: Impossible” film. Since then, he’s played action icons like Jack Reacher (“Jack Reacher”) and Jack Harper (“Oblivion”). This summer, he reprises his role as Ethan Hunt in the fifth installment of the “Mission: Impossible” series. The film will also be released in IMAX to create an even more extravagant viewing experience. As a part of a series that celebrates its 19th anniversary this year, “Mission:Impossible – Rogue Nation” should draw the attention of old and new fans alike.

“Mad Max: Fury Road”
Directed by George Miller
Release Date: May 15
Post-apocalyptic fiction continues to a massively popular genre. We’ve seen it in novels, video games and summer blockbusters like 2005’s “War of the Worlds.” This summer brings a new doomsday film titled “Mad Max: Fury Road,” the fourth installment of the Mad Max series. Mel Gibson first played the title role in 1979. Now, Tom Hardy stars as Mad Max, wearing a mask similar to Bane from “The Dark Knight Rises.” The film has the formula for the quintessential blockbuster: a star actor in the leading role, a fast-paced, action-heavy plot and an effective marketing strategy that has generated massive hype prior to its release early this summer.