Marquette to contribute to $1 million initiative with Milwaukee groups 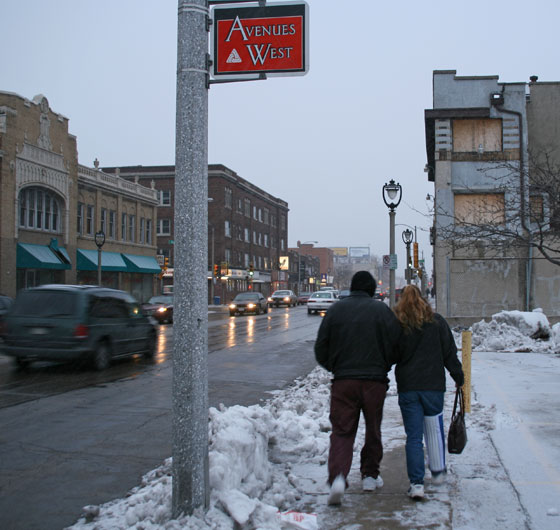 Marquette and other key stakeholders in the neighborhood just west of campus are expected to implement a $1 million initiative early this summer called Promoting Assets and Reducing Crime.

The initiative, announced last week and organized since last fall, aims to reduce crime in the area with a community prosecutor.

“It’s important to share with people in the community that the neighborhood continues to move in the right direction,” said Keith Stanley, executive director of the Avenues West Association. “We’re making strides in development, entrepreneurship, infrastructure and this is just one right step among many.”

The unit will work daily with the Milwaukee Police Department, key government agencies and community-based organizations, according to a press release issued by the Near West Side Partners.

The initiative was modeled after the nationally recognized and award-winning initiative in Washington Park, which reduced crime in the north-side neighborhood by 30 percent in 2013. The neighborhood was awarded a $600,000 Edward Byrne Memorial Justice Assistance Grant, named after a 22-year old New York City police officer murdered while on duty in 1988.

The difference between the Washington Park and Near West Side models is that the federal Department of Justice funded the Byrne Grant initiative. The Near West Side’s PARC initiative will be entirely funded by the area’s key stakeholders: Marquette, Aurora Health Care, Harley-Davidson Inc., MillerCoors LLC and Potawatomi Business Development Corp.

“Milwaukee’s Near West Side has tremendous assets that rival any other part of the City,” University President Michael Lovell said in a statement. “To take our shared neighborhood to the next level, we must better leverage these assets and ensure that residents, employees, students and visitors feel safe. PARC will give us the tools to do that.”

Marquette’s Center for Peacemaking will contribute to the PARC initiative by gathering data and research on health and safety in the neighborhood to guide planning.

A fact sheet on the initiative provided by Marquette said that previous analysis found crime reduction to be an essential part of improving the neighborhood image and promoting growth.

The efforts, which were lauded by Mayor Tom Barrett, also contribute to the overall goal of improving and attracting new business the in area.