6 bands you may not know but should see at Summerfest 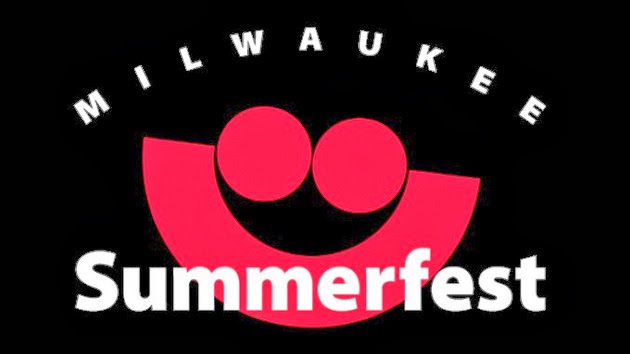 If the only artists you care about at Summerfest this year are those playing at the Marcus Amphitheater and “DJ” Paris Hilton, you’re really missing out. Although the grounds stages may not have as many superstar artists, buying a general admission ticket might be the best value because you can stumble upon some great artists worth listening to and adding to your Spotify playlist.

Although most people might recognize this band for the radio hit “Pompeii,” Bastille has much more to offer. Although the band has only one full-length album with a deluxe version, its songs explore various lyrical topics, as well as rich and diverse musical arrangements. Lead singer Dan Smith sounds just as good live as he does on the recorded version and the band even throws in a cover or two every once in a while during a set.

There are very few genuine blues artists that come to mind besides old legends like Buddy Guy or Muddy Waters. Gary Clark Jr. is an exception. Clark emerged from the club scene in Austin, Texas, listening to Texas legends like Steve Earle and Stevie Ray Vaughn, learning to play guitar in a similar style. Clark doesn’t try to pander to trends of pop music. He’s a true blues musician who covers classic lyrical and musical topics.

Shakey Graves is one of those artists who transports you to a different time period. The way he plays guitar is just so unique that you can’t mistake the first couple of riffs in his songs. You might notice him from his role in the TV series “Friday Night Lights.”

To add a bit of local flavor, Phox is another band you should check out at the grounds stage. The six-musician band hails from Baraboo and Monica Martin’s voice is so smooth and comforting you’ll just want to close your eyes and sway back and forth. If you’re wondering what they sound like live, look up their Audiotree session on Youtube. Songs like “1936” and “Slow Motion” are worth looking up on Spotify or Youtube as well.

Brothers Keith and Michael Jeffery are of a rare breed. The band is only made up of the two members, with Keith on lead vocals and guitar and Michael on drums. The main influences of the band include Death Cab for Cutie, Beck, The Police and Phoenix. Even though it might seem like only having two members would leave a lot to be desired, the boys do a good job of using empty space to create emotion.

Another local band worth checking out is Field Report. After its critically acclaimed “Marigolden” was released in 2014, Chris Porterfield and his band, which includes other Milwaukee natives, were riding a wave. Porterfield was a member of Justin Vernon’s first band, DeYarmond Edison. Vernon is most well known as the frontman for Bon Iver. Field Report falls under the same genre as Bon Iver and Volcano Choir and is a new type of folk music that incorporates traditional instruments with electronic undertones. “Decision Day” and “Home (Leave the Lights on)” are a couple of songs worth checking out before heading out to see them. Marquee interviewed band leader Chris Porterfield in October.