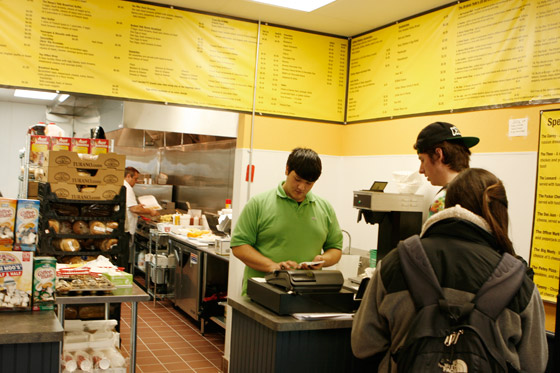 The Marq’s Broken Yolk location shut down last week but will reopen under a potential new partnership as a new food service venue.

Students don’t need to distress, though, because the second Broken Yolk, located in the 1600 block of Wells St., is expected to stay open until about 8 p.m. on weekdays and even later on the weekends next fall.

The Gattos are trying to sublease the space to another food service or reopen with a different food service themselves. Ideally, they said they would prefer for a partnership to form, so they could stay involved.

“I’ve been in the food industry 38 years, but I’ve only ever done breakfast, so even though I’ve been in the industry I’m not well versed on, let’s say, opening up a barbecue restaurant,” Gatto said. “I’m trying to lean a little more on other people for support.”.

Gatto wants to cater to students’ wants and needs as to what food should go into the closed location.

“Sometimes you can’t see the trees even though they are right in front of you,” Gatto said. “That’s why we want to get students involved and give us some ideas.”

Gatto explained that closing the store was purely an economic decision since there were not enough people in the area to support two stores within blocks of each other.

“There is hardly anyone here on vacation and we still have to pay for staffing and overhead,” Gatto said.

“I like the idea of something new,” said Ellie O’Neil, a sophomore in the College of Communication. “We have a lot of sandwich shops and I don’t think a little variety would hurt at all.”

Gatto said that his restaurants rely on Marquette, since many of the employees are students. When Marquette goes on break, so does Broken Yolk.

Gatto considered opening a Chinese restaurant but is open to other ideas. The only option he said he would not consider is a pizza place.

“I even think a Thai or even a good Mexican restaurant with some authentic food would be good,” Gatto said. “But right now we’re just kicking back and smelling the coffee.”

Gatto said the transition of the Broken Yolk to an alternative restaurant will be almost seamless once a partnership and plan have been solidified.

“It’s like buying a house,” Gatto said. “The store is fully equipped and ready to go, it just needs some cosmetic work.”

Meagan Sodaro, a freshman in the College of Arts & Sciences, agreed with O’Neil and said that with several sub and sandwich shops, Marquette doesn’t offer a lot of food diversity.

“A Chinese place would be great,” Sodaro said. “Especially if they deliver.”