Bachelor’s vs. associate degrees: Why your four-year education still matters 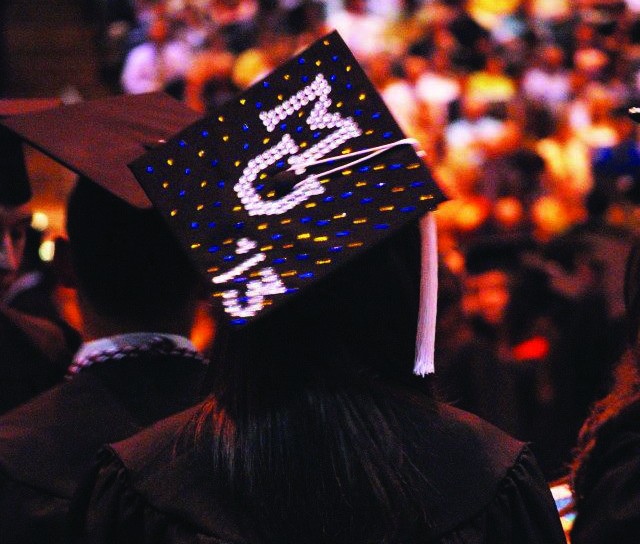 After spending four or more years working toward that bachelor’s degree, it’s normal for seniors approaching graduation to try to translate their work into tangible benefits – namely a high starting salary.

Peers who skipped the four-year route and went for a two-year technical degree often seem like they are making the same – or even more – money, without adding the hefty debt from university tuition. Some outlets have reported cases of two-year students out-earning their bachelor counterparts, even if they end up in the same career.

So why waste time and money on a four-year degree when you can get the same job for a fraction of the price with an associate degree?

Although it’s true that many of the highest paying starting salaries come with jobs that only require an associate degree – such as air-traffic controllers at $108,000 a year, registered nurses at $64,000 a year and radiation therapists at $75,000 a year – there is no indication that bachelor’s degree-holders cannot command the same salary.

In fact, according to the U.S. Census Bureau, the median income of men aged 25 and older was almost $16,000 more a year with a bachelor’s degree than with an associate degree. Women made about $12,000 more.

The real difference is the cost of the education.

Milwaukee Area Technical College, for instance, costs roughly $2,100 a year for a student taking 15 credits per semester. Compare that to Marquette’s $36,720 – and that doesn’t include room and board.

It becomes clear that getting a technology, engineering or math degree – often resulting in the highest-paying jobs – at a community college sets up new graduates with a better financial situation than the same degree at a private university like Marquette.

After all, if you can make $108,000 a year as an air-traffic controller and you only have $4,000 in school expenses, why would a four-year route make sense?

University spokesman Andrew Brodzeller said in an email that it’s all about “fit” when it comes to finding the right path. Some feel an associate degree offers the best benefits to suit their needs, while others will be more drawn to the unique experiences a four-year university offers.

“The Jesuit education provided by Marquette allows students to develop more than the hard skills taught in textbooks,” Brodzeller said. “In our learning environment, faculty, students and staff work together to solve the world’s problems. That’s a unique opportunity and one not found at every school or program.”

Tori Andrade, a junior in the College of Engineering, echoed that sentiment.

“I think you would be a better engineer with a bachelor’s degree,” she said. “Engineering classes are so difficult because they aren’t just teaching you thermodynamics or differential equations, they’re using those as tools to teach you a way of thinking. I think that takes more than two years to develop.”

But people get more than just skills with a bachelor’s degree. People with four-year degrees consistently earn more money over the course of their careers. According to a study by the Hamilton Project, bachelor’s degree holders make an average of around $335,000 more in their lifetimes than associate degree holders.

Although the starting salaries may be around the same, the mid-career and end-of-career salaries are higher for those with four-year degrees.

The point is this: associate degrees are valuable, but so are bachelor’s degrees. For the most part, the higher the degree attained, the more money you’ll make – and the more you’ll spend to make that money.

But there’s no real reason to feel like a bachelor’s degree isn’t worth it.