Why do musicians leave their bands? 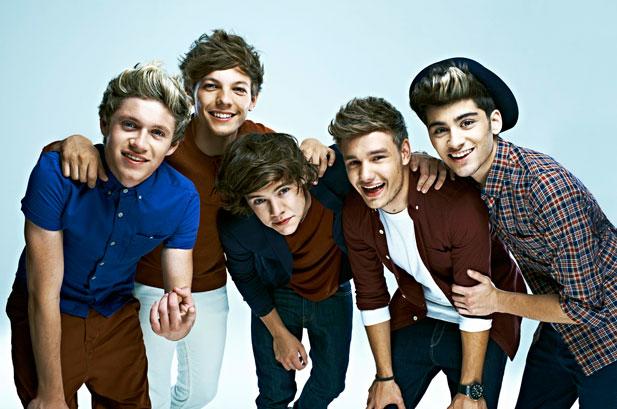 Zayn Malik announced that last week he would be leaving One Direction, saying it was the right thing to do for the sake of his happiness. Around the world, fans shared videos of themselves on YouTube and Facebook screaming and shedding tears over the announcement in complete devastation. This is not the first time a band member has had the courage to walk away from dedicated fans, fame and success and it is certainly not the last. Though the question remains, why do members leave their beloved bands?

Feuds: The Spice Girls ruled the mid ‘90s. During the middle of their Spiceworld Tour, Geri Halliwell (Ginger Spice) left the band without telling the other members. The group fought constantly during their prime and Halliwell decided she didn’t want to be a part of it. The band split completely less than two years later.

Jade Castrinos of Edward Sharpe and the Magnetic Zeros was kicked off tour this past week and posted on Facebook, “For seven years I sang and wrote music with Edward Sharpe. They voted me off of tour a week before they left, via email. Lol.” Lead singer Alex Ebert made a respectful statement about how they did not feel right doing the tour with Jade and they were heartbroken about the situation. Many claims have been made about the unstable relationship between Jade and Edward, which created conflict within the band.

Moving On: In 2006, Kevin Richardson left the Backstreet Boys. As the oldest member of the group, Richardson thought thirteen years of living the dream as a boy band member was enough and that it was time for him to move on to the next chapter of his life.

In 2010, punk rock band Paramore members and brothers, Josh and Zac Farro, decided to leave the band because they weren’t interested in making music anymore. The band has continued despite the loss of two of its members.

Different Interests: After 20 years with Blink-182, Tom DeLonge decided to “indefinitely” leave the band. DeLonge is actively promoting new music for his other band, Angels & Airwaves. DeLonge said in a Facebook post that he was unaware he was kicked out of the band at the same time he was doing press for another venture.

Going Solo: Some band members leave because they are ready to brave the music industry alone. Beyoncé left girl band Destiny’s Child and began her solo career in 2003. She is now considered the queen of pop and undoubtedly rules the show in reunion performances with Destiny’s Child co-members.

Similarly, Justin Timberlake was one of the two lead vocalists in boy band N’SYNC. During the group’s hiatus in 2002, Timberlake released solo studio albums Justified (2002) and FutureSex/LoveSounds (2006), which established his solo career.

Hiatus: After the release of Bon Iver’s self-titled album and relentless touring, Justin Vernon, frontman for the band, decided to take a hiatus for the sake of maintaining the music he created. He felt distracted by the attention the band was getting and needed to walk away from Bon Iver while he still cared about it. The band came together in 2014 for a track on Zach Braff’s film “Wish I Was Here.” Vernon didn’t just leave the music scene, as he has been featured in Kanye West’s album “Yeezus.” He is currently promoting his summer music festival, Eaux Claires.

Zayn Malik has talked about moving forward with his solo career, whereas everyone thought Harry Styles would have been the one to pull a Justin Timberlake and go solo. Each band is unique in the way its members split, but what is universal in every case is the sadness and disappointment experienced by its steadfast fans. In some cases, a split has been best for the career of given members. In others, splits have led to the disintegration of the band as a whole. Perhaps you cannot relate to the fans crying about what will happen to One Direction, but what would you do if your favorite band split up?