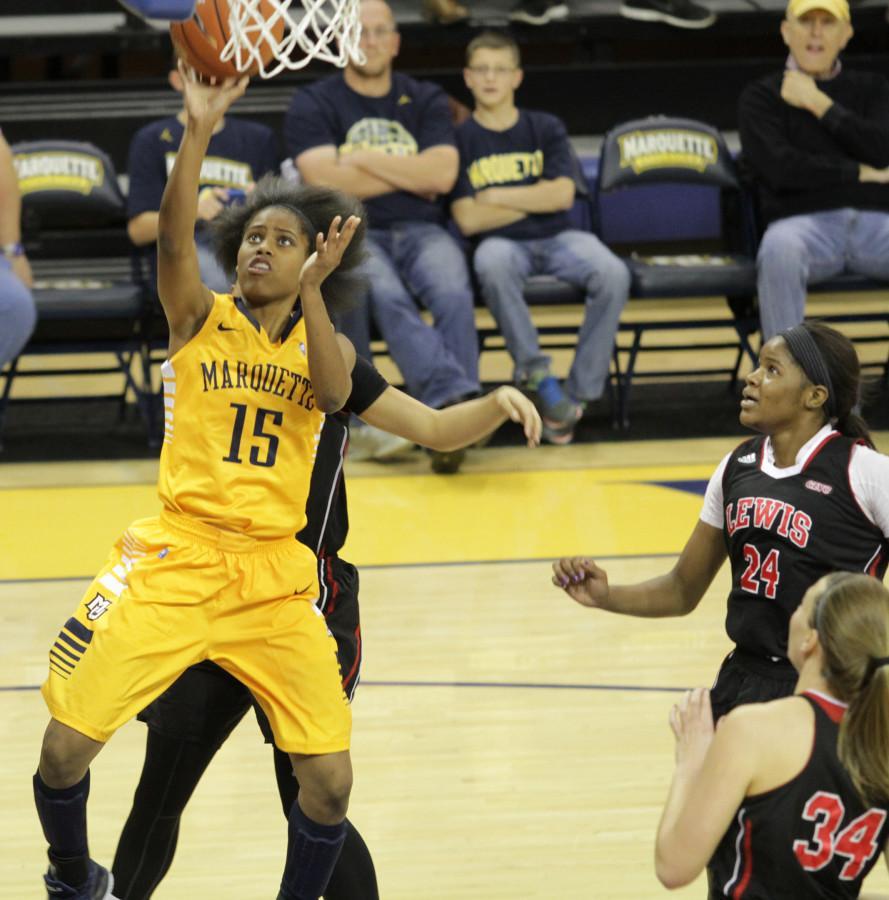 “We want to thank Kenisha, Tia and Hannah for their contributions to the program this season,” head coach Carolyn Kieger said in a release. “We also wish them the best of luck continuing their academic and athletic careers.”

Bell was a unanimous selection to the All-Big East freshman team and was Marquette’s second leading scorer averaging 14.3 points per game. Bell also led the team in steals with 59 and her 2.1 steals per game put Bell in ninth place in the conference. Bell played in all but one game, in which she was benched for a “violation of team rules.”

Elbert was the Golden Eagles’ third-leading scorer, putting up 8.9 points per game, and was also named to the All-Big East Freshman team. The duo accounted for 33 percent of Marquette’s scoring and 30 percent of the minutes played this season.

Grim played in 30 of the team’s 31 games but only averaged 10.6 minutes per game and just two points a night.