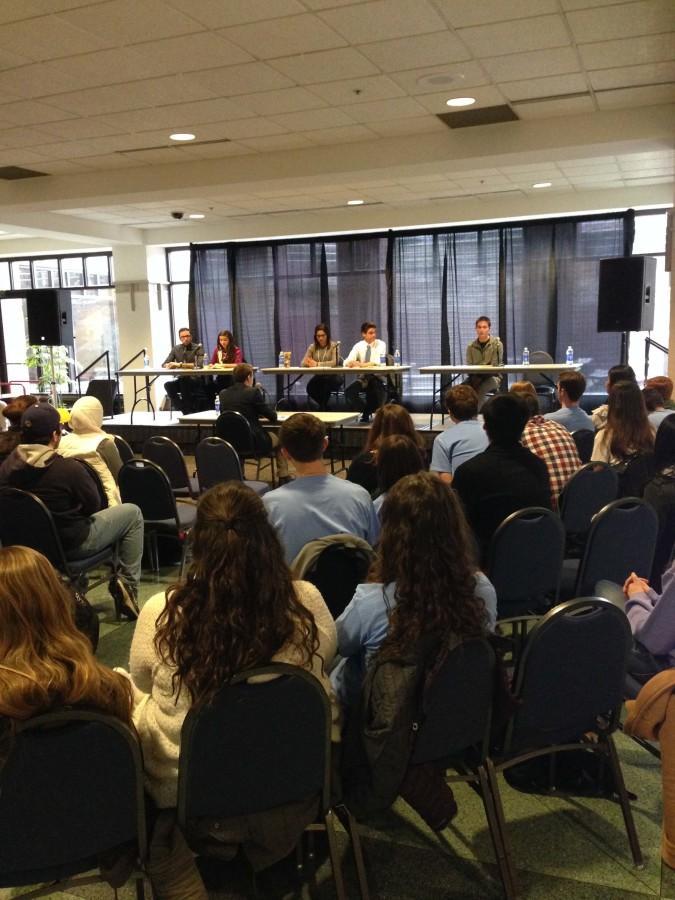 The Marquette Student Government election is in just two days, and the Wire is continuing its coverage up to and through election day. That included Sunday’s presidential and executive vice presidential debate, which, in many respects, was disappointing, but not a total waste.

The Wire had the opportunity to moderate the debate, and asked questions concerning Student Organization Funding, expanding into the Avenues West neighborhood, Department of Public Safety police powers and diversity on campus among other topics. The answers ended up being pre-crafted and a little fluffy, in part because the candidates unfortunately received access to the Wire’s questions before the debate, something our staff was not aware would happen.

Through all the buzzwords, cliches and pre-planned talking points, though, a positive can be drawn that the debate showed a clear need for MUSG to expand the conversation it is having.

Most students don’t attend MUSG debates, and that’s understood. The debate featured an audience mostly of those involved in MUSG, candidates’ friends, Wire reporters and editors and thankfully a handful of concerned students. But it was certainly not reflective of the student body or even the 20-25 percent of it likely to vote on Thursday.

Last year’s debate featured a similar audience, with MUSG members and student journalists occupying a decent percentage of the crowd. The Wire has also referenced low voter turnout in MUSG elections multiple times and just recently criticized the lack of publicity for this particular election.

The debate was not attended by a wide audience, and at least 75 percent of the campus does not participate in MUSG elections, but the candidates – one of which will ultimately be MUSG president – are talking about issues that affect 100 percent of students. Growing that conversation is necessary, and we believe the candidates for this election might actually see to that. It will just be  matter of following through.

The most encouraging thing said at the debate was that all of the candidates wanted to be more visible on campus year round – not just during election season. A massive increase in engagement is not going to happen in the next two days, but if the next president and EVP are focused on changing that, there is a chance for improvement within the next year. MUSG is an important outlet for students’ voices, and while our student government might be more engaging than some other schools, it still cannot have a conversation in a room with itself. The candidates, at the very least, understand this and will hopefully remember it and find avenues to change it.

Within an election cycle and debate we’ve criticized, we are not close to endorsing a candidate in the election. What we are comfortable doing though, is endorsing the desire to increase MUSG visibility and engagement on campus. Sunday’s debate felt like an inside conversation, but when it happens again a year from now, it does not need to be. We hope the next president and EVP will make sure the conversation grows, and we are glad they all mentioned it in advance of the election. It needed to be said, and hopefully soon to more people.