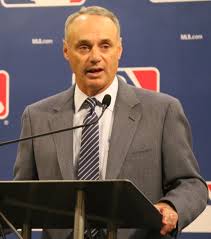 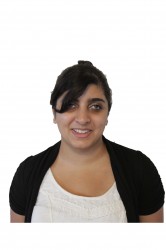 Although Ray Rice’s domestic violence incident took place a year ago this month, similar cases involving professional athletes continue to be a source of reporting and scrutiny. Accompanying this increase in media coverage have been campaigns working to address the problem that affects many.

MLB is the latest organization to make a statement against domestic violence by working to enact a new policy for its players. The new policy requires players to attend educational forums on the violence and to receive different exercise training to promote healthy relationships.

MLB is the first professional athletic organization to go about the issue in this way. While many of the athletes we read about are NFL players, domestic violence is all too prevalent throughout the world of professional sports. By promoting healthy relationships and having mandatory discussions, MLB is taking an active role to discourage and address domestic violence by starting with those who represent the organization. Rather than accessing the damage after an incident, this tactic could effectively prevent problems before incidents occur.

In using these tactics, MLB is helping prevent domestic violence by educating players and giving them tools to deal with stress and other sources of anger so it does not manifest in violence against loved ones.

While the world of professional sports is not the only area in which domestic violence occur, these athletes are public figures who many people, particularly young boys, look up to. This training can be seen as players taking the responsibility to set an example for other organizations and individuals in general.

As male athletes often set the tone for masculinity in society, seeing these people committing acts of violence is potentially harmful to the next generation. If male athletes set clear examples of disavowing violence at home, young boys who look up to them can better understand the difference between aggression and masculinity, ultimately redefining what it means to be masculine in a non-violent way.

By implementing more discussion and education to help individuals talk about domestic violence and sexual assault, this issue may hopefully be reduced. If professional sports organizations can effectively educate and prevent domestic violence, maybe this type of training could translate to college sports and other professional environments.

Other organizations need to take what MLB is trying to implement and continue to explore policies to protect and educate their members.

Professional athletic organizations could also benefit from ethics committees that look specifically at domestic and family violence to review cases and address them to ultimately help families. A problem with organizations is that cases of domestic violence and abuse are reviewed by individuals who are not properly trained to handle them, with the clear example of Roger Godell in the Rice case. This leads to more focus on upholding the sport’s image than helping the individuals affected by violence.