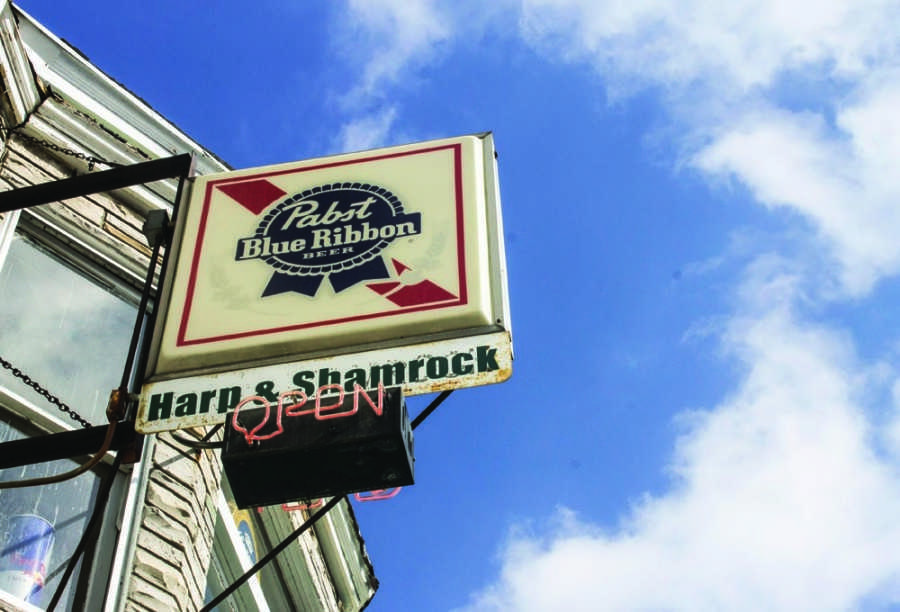 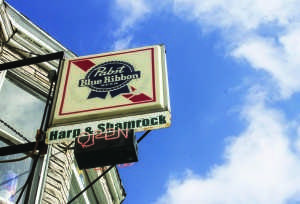 Harp & Shamrock is getting a new owner after 12 years. Photo by Madeline Pieschel/madeline.pieschel@marquette.edu

Harp and Shamrock, the 130-year-old bar on the fringes of campus, will be getting something new: a different owner.

Aldo Tase, a 2011 graduate of the College of Engineering, is buying the bar at 2106 W. Wells St. Its previous owners are Kristin and Allen Richards, who operated the joint for the past 12 years.

The alumnus said he plans on turning the bar into an iconic Marquette destination.

“My goal is to make the Marquette community aware of this history and the nostalgia behind the venue,” Tase said. “It is the legendary bar that only a few people knew existed.”

Tase’s immediate goals for the bar include placing greater focus on its historical richness and marketing it to students. He also wants to update the drink and beer selection, cater and host events for televised sporting events and run special promotions.

The bar gives off a classic, tiny-pub feel, with Irish decor scattered across its walls and a Pabst Blue Ribbon neon light sign outside the door.

“It’s time for a younger owner with fresh ambitions and ideas,” Kristin Richards said. “We are ready to move on to new and different things.”

Making the location more Marquette-oriented would be a change for the bar. Richards said the majority of her customers are regulars that have been coming in for 20 to 30 years and only a quarter of her business is from Marquette.

“My husband and I have never been interested in running a Marquette bar, we like the mix,” she said. “We like being a little further away. We get a lot of the older students who live in the neighboring housing instead of dorm students and we are happy with that, but the new owner may have different ideas.”

Harp and Shamrock is one of the oldest buildings in the area. First constructed as a tavern back in 1885, it survived prohibition in the 1930s by serving as a “soft drink parlor and lunch room,” according to city records. The bar has operated under the name Harp and Shamrock since 1961.

“My goal is to promote the history behind the establishment and create a welcoming, safe and enjoyable environment for patrons and students to unwind,” Tase said. “It is great to have a place on campus where you can come in with your friends and listen to some good music, but also have the ability to comfortably carry out a conversation.”

As an alumnus, Tase said he witnessed a great expansion to the western part of campus. He points to the recent acquisition of the 2040s, now called the “Marq,” as a clear statement the campus is expanding, which should be good for business.

“As an alumnus, I applaud the new leadership and I am excited to see where it is headed in the next 10 to 20 years,” Tase said. “In my opinion, creating a welcoming and safe environment where patrons feel comfortable and safe is all of the promotion a bar needs.”

There are no immediate plans to make renovations to the bar, although Tase did not rule out the possibility of future renovations. Tase said the current owners have maintained the bar pretty regularly.

“I want to turn this into the legendary MU bar where your parents met, which still exists,” Tase said. “If I can do that, then my job is done.”