READER SUBMISSION: Marquette must recognize social problems in its midst 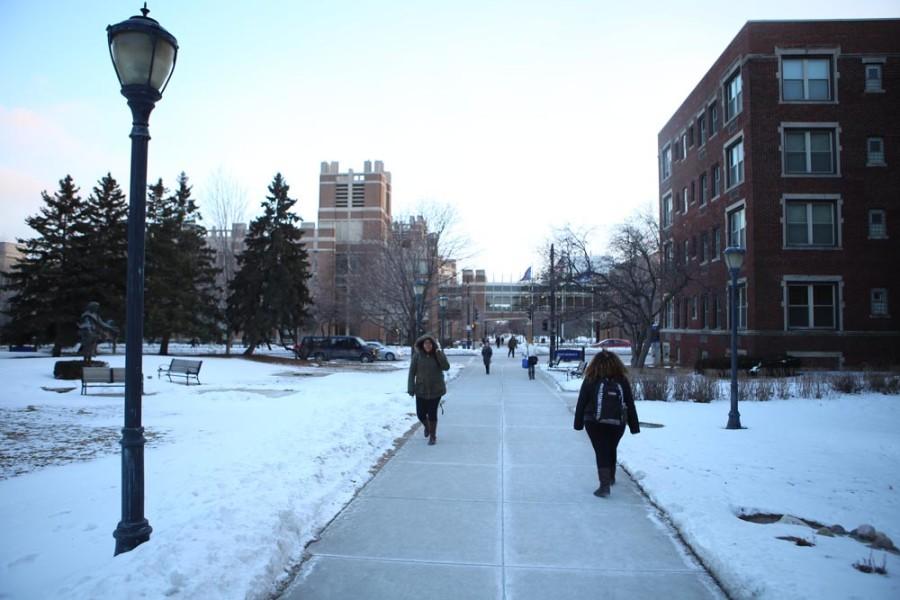 This past weekend, we celebrated National Marquette Day. We had fireworks, a pep rally and a basketball game. It was supposed to be a weekend of celebrating Marquette’s successes and the impact we have made on the world. However, Marquette’s failings came into focus Saturday as students at the men’s basketball game were removed and threatened with arrest.

Their crime? Holding up a sign that declared “Black and Brown Lives Matter.” Most people will recognize the message, calling to mind the continued protests against police violence and the refusal of courts to indict those responsible for the deaths of black men across the country.

Their sign was called offensive. They wonder, to whom? As a Jesuit institution, we talk extensively about social justice, but Marquette has yet to make a statement on anything related to any of the recent protest movements, even with the end of last semester’s die-in. The university has been silent and many students are becoming increasingly frustrated with what seems like dismissal of the issues from the administration. This is only held in sharper relief in contrast to the Marquette Warrior shirts worn by individuals just a couple rows behind the protestors. Those shirts and the attitude attached to them are the real shames of Marquette.

As our Jesuit mission calls, we must care for the whole person. This involves respecting and addressing the experiences of those who feel that they are not valued on this campus. This means publicly acknowledging the problems we face in terms of diversity. This means admitting that we need to make more of a difference.

It isn’t enough to say “All Lives Matter.” We have to address the specific struggles of students on this campus. Otherwise, we’re just generalizing and distracting from the real problems and we will continue a culture of apathy toward very real issues. This is not something we can afford to do as our campus continues to grow and diversify.

Madeliene Farley is a sophomore in the College of Communication and a member of the Committee for Diversity, Inclusion and Social Justice.