When being sick cost a student her education 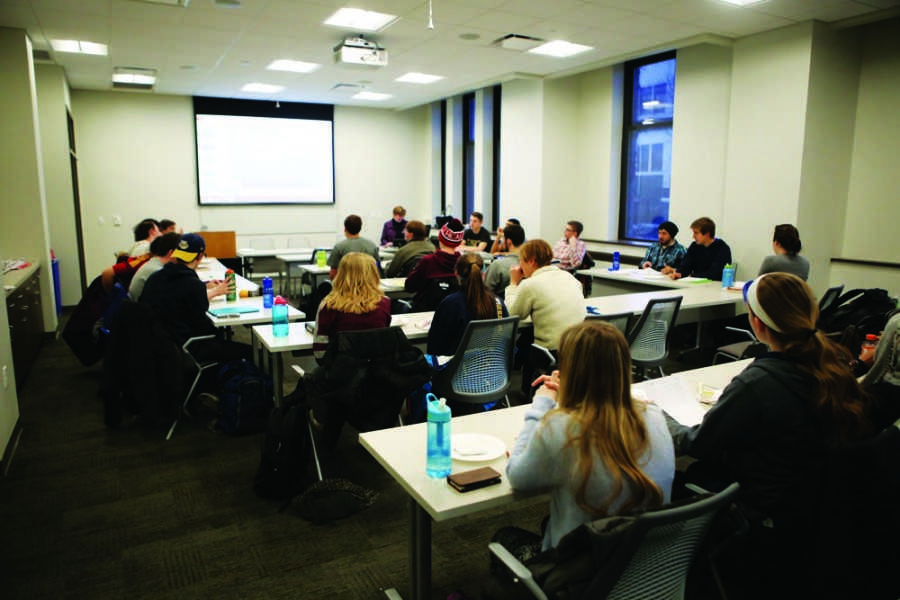 For most students, occassionally skipping class is no big deal. For others with serious medical conditions, it can mean losing a semester and a lot of tuition money.

Kira Warner entered Marquette in fall 2014 as a freshman in the College of Arts & Sciences studying biochemistry and physiological sciences. In addition to the standard stress most freshmen battle during their first semester, Warner struggled to control the symptoms of Pancreatitis, a disease causing sudden, painful flare-ups in the pancreas.

Pancreatitis, a genetic condition, is something Warner’s family has struggled with for years. Warner said she was hospitalized on seven occasions for these flare ups prior to arriving on campus. The exact cause of pancreatic flareups is unknown, but Warner believes that the ones she experiences are related to diet and stress levels.

“I used to just get (a flare-up) once a year and it’s just so painful that standard painkillers don’t cut it,” she said. “Along with the pain and dehydration I usually have to go to the hospital and wait it out until the inflammation comes down and I can function normally.”

Warner was at Marquette for about three months before getting sick in early November with an infection that brought on a pancreas attack. Students are allowed two weeks worth of absences before being kicked out of a class. Warner knew she would have to be hospitalized and had to decide between recovering on campus or going home to Door County, Wisconsin.

Ultimately, she chose to return home and stay in a hospital familiar with her issues. After arriving home, she spent the next five days in the hospital waiting for the pain and inflammation to subside.

“There came a point when I was in the hospital and realized that there were three weeks until finals and I knew that I wouldn’t be able to make everything up without being extremely stressed,” Warner said. “I just didn’t want to put myself in the position to wind up in the hospital again.”

Jack Bartelt, coordinator of disability services, said the office occasionally works with students to allow one or two additional absences, but professors ultimately decide if they wish to abide by the standard attendance policy. Bartelt added that students who are seriously sick or injured should consider taking a medical withdrawal for the remainder of the semester.

Ultimately, Warner decided to do just that. After recovering from her flare-up, she drove back to campus and submitted a request for a medical withdrawal. She worked with Mary Minson, senior assistant dean of advising for the College of Arts & Sciences and was allowed to withdraw after the deadline.

Warner soon learned that the university wouldn’t give her any transfer credit or refund her tuition, and the loss was substantial.

Students taking the standard course load (12-18 credits) pay $17,100 each semester. Combined with a room and board fee (for a two-person room in Cobeen) and the meal plan, that adds up to $24,350 before scholarships applied to tuition.

The Office of Residence Life offered Warner a partial refund for the three weeks that she wasn’t living in the dorms or using the meal plan.

“It was very disappointing to find out that I wouldn’t receive any credit,” Warner said.

“I made the decision to withdraw, I wasn’t forced to in any way, but I wish I had been more familiar with the policy,” she said. “But I just realized I couldn’t go back. It wasn’t what was good for me.”

Warner is recovering at home and taking some classes at a local college. She has no plans to return to Marquette.

“It was a difficult and stressful process, especially after everything I had already been through,” she said. “But now I’m home and it’s easier to manage my health here. I don’t feel so stressed all the time. I’m not constantly doing work or worrying about this and that, but it’s also a day-to-day battle.”