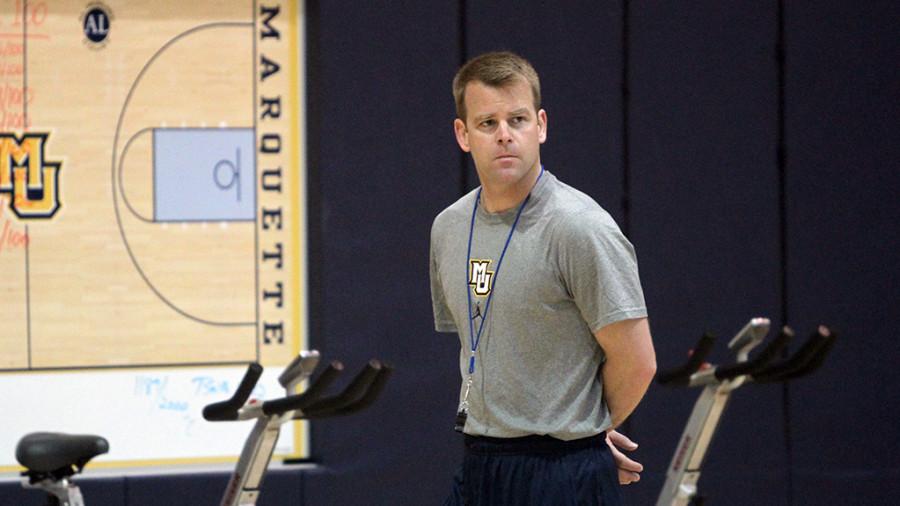 Marquette basketball recruit Nick Noskowiak will no longer be a Golden Eagle, as he was released from his national letter of intent, Marquette athletics announced Friday evening.

“We support Nick’s request to be granted a release from his letter of intent,” coach Steve Wojciechowski said.  “After a discussion with Nick, we decided it was best for our program, and for Nick personally, to explore other options and wish him the best of luck as he continues his basketball career.”

Noskowiak was a part of Marquette’s nationally recognized 2015 recruiting class. The Sun Prairie native signed with Marquette as a consensus top-100 recruit and ranked 73rd on ESPN’s top 100. The point guard averages 23.7 points per game, was named to the Wisconsin Basketball Coaches Association all-state first team and was an AP all-state honorable mention.

Noskowiak’s time as a Marquette recruit was full of turmoil. In late December, Noskowiak started a string of five consecutive missed games, and then Jan. 10, he tweeted a photo explaining the cause of his time away from basketball was because he had depression. He had dropped out of Sun Prairie high school and was taking online classes. However, the story changed Jan. 28.

In late January, Noskowiak’s father said his son had gone to a treatment center to help his depression. However, Noskowiak tweeted that he did not enter a treatment center, but that he had to get away from “an abusive household and father.” The tweet has since been deleted.

Wednesday, Noskowiak returned to the Sun Prairie basketball program. Per NCAA transfer rules, Noskowiak may sign with any other school, except for other Big East programs.