The evolution of Jesuit education at Marquette 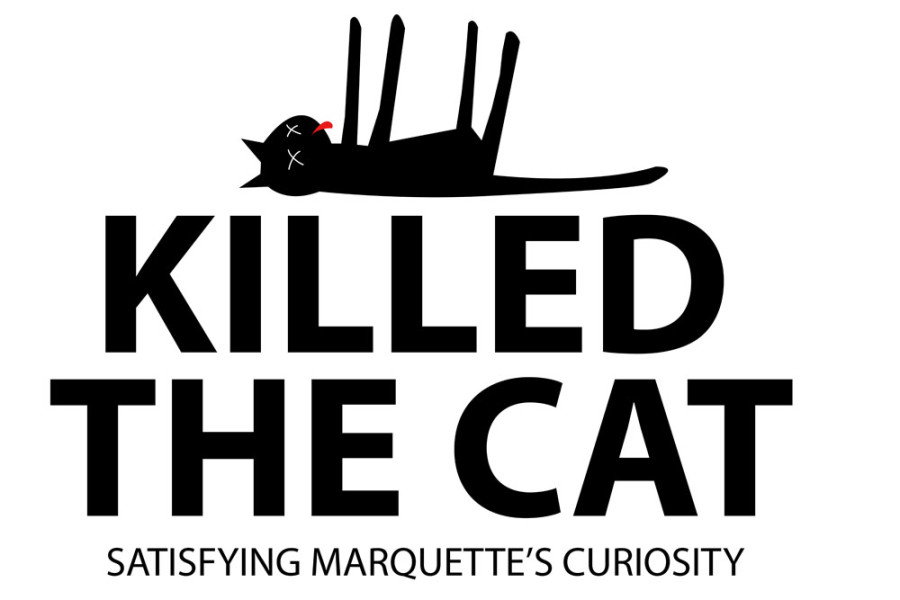 This past December, Autumn Jones of The Atlantic published “The New Brand of Jesuit Universities,” which highlights the supposed tension between universities upholding their Jesuit identity while maintaining their appeal to prospective students amid changing times.

Among her questions is whether Jesuit universities risk straying from their Catholic roots and their focus on Church doctrine. It is a valid question every Catholic university must keep in mind as they move forward with each application cycle.

Jones seems to insinuate, however, that Jesuit universities are actively struggling to meet their own standards, failing to live up to the standards of some imaginary “Jesuit U.” checklist of attributes and, as a result, becoming not-quite-Jesuit.

There is no formula to calculate the Jesuit-ness of a university, nor a hundred-point survey to benchmark a university’s fulfillment of its mission. Jones mentions the increase of lay university presidents and the decrease of active Jesuit priests in daily operations as a kind of marker of a faltering Jesuit identity. Yet is the Jesuit nature of a university really determined by the number of priests on retainer? (For the record: we have about fifty.)

In March 2014, Marquette announced the election of its first lay president, Michael R. Lovell, filling the position left vacant by the Rev. Scott Pilarz. The event was a historic one and, naturally, brought up many questions throughout the Marquette community. Previous presidents of the university maintained certain traditions, such as presiding over the yearly Mass of the Holy Spirit, that only a priest could carry out. Without a Jesuit priest at the helm, however, the president of the university would now have to step aside and allow others to fill these roles.

Without a Jesuit figurehead, members of the Marquette community worried this shift would also mean a movement away from Jesuit values and traditions overall. This, coupled with recent additions such as LGBT and Allied Community Masses held at the St. Joan of Arc Chapel and the now-defunct FemSex program have led certain members of the community to question Marquette’s loyalty to the Jesuit mission.

Looking at Church doctrine, and the evolving norms and attitudes of Jesuit education over time, the evidence works in favor of the university. Schools such as Marquette, even with the changes over the years, are just as Catholic and Jesuit now as they have always been.

Jesuit education has, since its inception, been in a state of constant evolution, responding to the needs of the world around it.

The first document to establish a universal set of norms for Jesuit education was the “Ratio Studiorum” of 1599, created in Rome by a committee of six Jesuit priests. In it, we see certain rules familiar to Marquette students today -“they should be faithful in attendance at lectures”- as well as rules that have long since been put to rest – “all, especially the students of the humanities, must speak Latin”.

Eventually, Jesuits such as John Carroll saw the need for changes in Jesuit education to tailor it to the needs of students, both clergy and lay, in America, identifying a need for a greater focus on the sciences and rhetoric rather than on Latin and Greek. “Ratio Studiorum” supported this shift toward a more practical education; its text clearly stated, “those who attend our schools will, to the greater glory of God, make the greatest possible progress in development of character, literary skills, and learning.”

Questions arose during the nineteenth century as to whether these alterations diluted the Jesuit value of schools such as Georgetown and Santa Clara, not unlike the questions Marquette faces.

American Jesuits, then, were confronted with a choice: prioritizing the preservation of features such as classes taught solely in Latin, or making classes more accessible for the greater good. Essentially, either path was fair, as they were supported by the same set of norms, yet one clearly made more sense in the context of its surroundings.

This is a theme evident through the history of Jesuit education, especially in the United States: the need to adapt to a changing atmosphere, giving precedence to one norm over the other, while never straying far from the foundation of Jesuit teachings.

Roughly a century later, the Vatican produced a text to once again universalize teaching norms throughout Catholic universities, including those run by the Society of Jesus.

“Ex Corde Ecclesiae,” the leading document on Catholic higher education, came into effect during the 1991-92 academic school year, under the papacy of John Paul II. It describes the qualities a Catholic university should have, the mission they should uphold and the nature of their relationship with a modern and fast-evolving society. Like “Ratio Studiorum” before it, the document lends a historical and theological basis upon which a university can confirm its identity – the closest, perhaps, that we have to a checklist of ideal attributes for a Catholic school.

First, to address the question of our lay president. The worry following Lovell’s selection was that Marquette’s Jesuit mission would be lost without a clergyman at the helm. Ex Corde, however, notes “the future of Catholic Universities depends to a great extent on the competent and dedicate service of lay Catholics.” This takes into account a historically declining number of priests, yet it also recognizes the importance of the religious community as a whole, calling the rise of laypeople in university leadership “a sign of hope and a confirmation of the irreplaceable lay vocation in the Church and in the world.”

A year after Ex Corde’s promulgation, the United States Conference of Catholic Bishops published “The Application for Ex Corde Ecclesiae for the United States,” which further specified the norms found in Ex Corde. Regarding university presidents, the decree held one simple requirement: “The university president should be a Catholic.” When Lovell was elected, his strong Catholic faith was highlighted alongside his many achievements, and his involvement with campus religious life has proven it.

Beyond the makeup of its leadership, however, Ex Corde judges the character of a Catholic university in other ways, with one of the most important factors requiring “a Catholic University, as any University, [be] immersed in human society.” In a university’s search for truth and knowledge, Ex Corde states “cooperation in common research projects among Catholic Universities, as well as with other private and governmental institutions, is imperative.”

Marquette has held a strong presence in the community, including sending students on mission trips domestically through groups such as MARDI GRAS as well as internationally via IMAP and Global Medical Brigades. The university has also provided community outreach via the Marquette Volunteer Legal Clinic, the Marquette Neighborhood Health Center and more.

In his short tenure, Lovell has kicked off projects that would further integrate Marquette with the community, fostering partnerships with the surrounding Avenues West neighborhood, joining the Global Water Center with other universities in the area and announcing the school’s upcoming partnership with the Milwaukee Bucks, among other ventures. These actions are a clear espousal of Marquette’s Jesuit mission, and the fact they arose during a layperson’s tenure makes them no less worthy.

There has also been a visible push to make the Marquette community more inclusive one, with the establishment of the Marquette Gender and Sexuality Resource Center in 2011 and the addition of a Coordinator for Diversity, Inclusion and Social Justice this past October.

Ex Corde sees one of the roles of the Catholic university as”[being] capable of searching for ways to make university education accessible to all those who are able to benefit from it, especially the poor or members of minority groups who customarily have been deprived of it.” By reaching out to students, faculty and staff who may have otherwise felt underrepresented, Marquette fulfills its mission of providing equal opportunities and a solid education to all those who seek it.

Finally, there is a strong focus in the type of students Catholic universities should produce. As Ex Corde reads, Catholic universities must strive for “the students of these institutions become people outstanding in learning, ready to shoulder society’s heavier burdens and to witness the faith to the world.” Focusing merely on the numbers, the Class of 2014 reported a rate of participation in community service at 83 percent, with 15 percent of the graduating class having applied to full-time, post-graduate service positions such as the Peace Corps. Numbers like these are evidence that Marquette’s mission of cultivating leaders focused on service is succeeding, thereby also fulfilling the guidelines of Ex Corde.

It’s true that Marquette’s image has changed over the years- it certainly doesn’t resemble the male-only institution it was when it opened in 1881, and there are far fewer Jesuits now than there were then. Yet this should not be confused as a loss of identity.

It is, in fact, perhaps because of this identity and its Catholic mission that it has so readily adapted to its evolving surroundings. Its identity is one based on action, not merely in numbers.

So long as it holds to the foundation set by the Church of serving others and working for the greater benefit of society, Marquette remains a solidly Jesuit institution.