Feasibility study to outline Marquette development for next 20 years 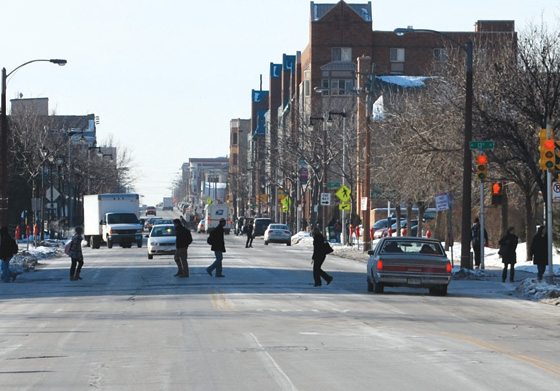 Marquette is expected to release a feasibility study in the coming weeks to evaluate the university’s master plan for academic and campus facilities, including its need for student housing.

The master plan follows the university strategic plan and is developed to outline where Marquette’s strengths and shortcomings are as a whole. Overall, the plan guides campus expansion for the next 20 years.

Marquette project architect Charles Haas said several different findings from the study will be released but that he is not allowed to reveal what those findings are at this time. After the study is released, it will be several more months before any new projects are announced.

Haas said, however, that the feasibility study is being used to find the best use for the areas between 17th and 18th streets.

“There are a bunch of underutilized buildings over there: the old child care center, the health care facility, the boiler plant, all those buildings,” Haas said. “We are investigating what is the best use of those buildings, which is all part of the master plan.”

The university’s interest in the area is notable, as a number of business tenants on the 1700 block of W. Wells Street shared rumors that Marquette is planning to develop student apartments on the block.

Haas was quick to dispel these claims.

“It’s the first time I have heard that rumor, I know nothing about (tearing down the block) that,” Haas said. “There is not an immanent project for housing right now.”

David Sobelman, who owns the Sobelman’s @ Marquette restaurant at the intersection of 16th and Wells, said he has been interested in making additions to Sobelman’s for a while. He also said he wanted to add an outside beer garden to the restaurant on the empty lot where Marquette Gyros used to stand, but has feared that his bar may be torn down in the next couple of months.

Marquette leases out the properties to the businesses operating on the block and has the right to develop the land. As incoming freshmen commonly experience shortages of housing, Sobelman and other tenants on 1700 and Wells expressed concerns that Marquette will do just that.

Sobelman said he was not satisfied and wants a promise from Marquette that they will not tear down his bar.

“I will consider it if they promise me they aren’t building anything,” Sobelman said. “I still might consider putting in an outside beer garden, but it’s not an easy decision. It’s a lot of money.”

“I can see them doing it in the next six months or a year, it’s the oldest block in the area, it makes sense to tear it down,” he added. “I just don’t know, nobody has talked to me.”

Until the feasibility study is released there is no definite answer. Haas said Marquette is still in the information gathering stage, and that as of now there are no plans in place to start construction on any kind of housing.

Haas added he couldn’t tell what impact the study will have when it is released.