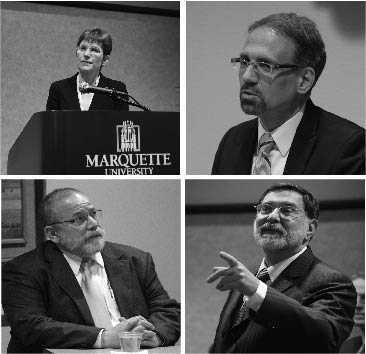 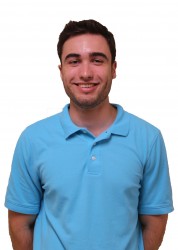 Keeping that in mind, I had a little bit of sympathy for each of the four finalists for provost when they sat down with other student leaders and me for lunch. The university invited seven of us over the past two weeks to meet in small, private groups with each of the provost candidates. We all gave feedback to the provost search committee afterward, putting a little bit of pressure on the candidates to make that hour lunch worthwhile.

And to their credit, all four of the final provost candidates – John Frendreis, Paul Ludden, Rowena Pecchenino and Daniel Myers – listened to our concerns, asked us questions about student life and subtly touted each of their accomplishments at their respective schools. It was engaging, extremely beneficial for both parties and the university should be commended for this, as well as its provost forums and all the input it is soliciting to make the best possible choice for its chief academic officer.

But, again, those lunches were just one impression, and a first, slightly awkward one at that. In fact, any interaction a student had over the past couple weeks with one of these candidates was a singular impression, though an important one. All the candidates were extremely qualified, and I knew not to put too much stock into one hour with them when they had years of insight to add to the job. I did try to offer as much feedback as possible, and I’m thankful for the opportunity for student input, but the biggest takeaway from all this was knowing the university was interested in hearing numerous viewpoints from so many different factions.

The Tribune wrote a lot about the leadership transition at Marquette in the past year, which at times was confusing and looked directionless. But under University President Michael Lovell, the process to fill the voids and provide direction has been all encompassing, taking in a range of perspectives and interests and appearing transparent throughout the process. The search for a new provost, one of the biggest tasks of Lovell’s young tenure, feels like a decision made by a community, and not just a distant, closed-off administration. I didn’t rush into concrete opinions from my meetings with the potential provosts, but I knew it was just one small part of an algorithm to narrow down a list of four qualified candidates to one.

Lovell said in an email Monday that he hopes to announce a new provost by the end of February, reminding students to give as much input as possible before then. And hopefully, most students do.

We as a student body should be extremely grateful that we can, but we should be even more confident in knowing that this – as well as faculty input, the candidates’ backgrounds and resumes and search committee deliberations – are likely adding up to a good decision. I’m not certain yet who Lovell will select, but I know the process to get there felt close to perfect. So far, Lovell and John Su, the director of the core of common studies and head of the provost search committee, deserve a fair share of praise for at least that.

First impressions are hard. The four candidates for provost had the opportunity to make more than just that, and in turn the administration is making quite the good one on us.