Fall Out Boy’s new album builds on pop-punk past 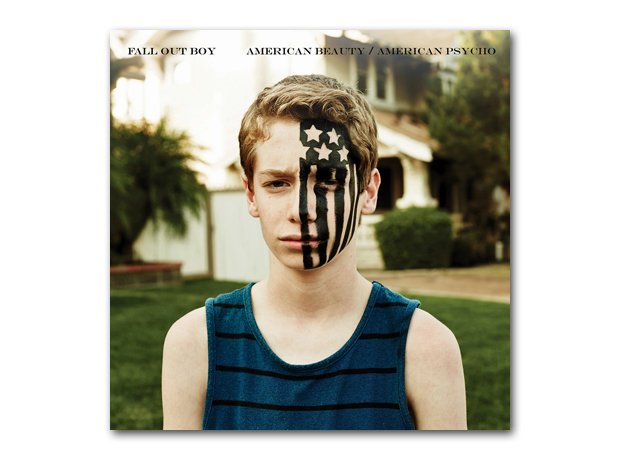 Fall Out Boy has been criticized greatly for not staying true to their pop-punk roots. While it is true that the group’s sixth album, “American Beauty/American Psycho,” which came out Tuesday, diverges stylistically from older hits, Fall Out Boy has a way of still feeling like the perfect American misfits and never truly leaving behind their authentic rebellious essence. The album is relatively short, featuring only 11 new, unique and energetic tracks. The song lyrics are audacious, often crude, but consistently catchy and clever.

“American Beauty/American Psycho” is introduced by a horn section in “Irresistible.” This first track captures the modern radio-hit trend and reveals just how much the former pop-punk band has developed since their beginnings in 2001. Apart from describing a much-too-common toxic romance, “Irresistible” also introduces the Fall Out Boy of 2015, a band that constantly evolves.

The album’s first single, “Centuries,” has received positive feedback from the music industry and reflects the band’s ever-changing musical style and very bright future. This track is very energizing—a pump-up song you should definitely add to your “Golden Eagle playlist” for game days. Another remarkable track off “American Beauty/American Psycho” is “Novocaine.” The song has a rather stormy and furious feel to it. Interestingly enough, it is said to be inspired by the events that occurred in Ferguson, Mo.

The album’s title promises a very American experience and it certainly delivers. For instance, the catchy song “Uma Thurman” has a quirky, groovy feel to it, while also cleverly referencing the iconic scene in “Pulp Fiction” where the American actress (yes, Uma Thurman) dances with John Travolta. Moreover, the album also features a dance-inducing song called “Fourth of July.”

Although the album may be filled with exciting new songs that show the band’s brilliant songwriting skill and sheer talent, the album fails to deliver any relevant insight on American culture like the title suggests. Perhaps this lack of recognition is due to the album’s broad spectrum of topics and lyrics that are (almost literally) all over the place.

As to those who question Fall Out Boy’s true genre affiliation, the band has no duty to be bound to one single genre. It has always swayed between pop-punk, pop-rock and alternative-rock. The point is that Fall Out Boy is able to transcend its genre labels and create a perfect balance and mixture in their songs. Furthermore, Fall Out Boy has never been a band to repeat itself. Instead, they always bring something new to their fans, which is quite possibly the reason why they are still so relevant to the music industry more than a decade after their debut.

Although Fall Out Boy has no concert scheduled in Milwaukee in the near future, the band will be playing in its hometown of Chicago at Lincoln Hall this Saturday, Jan. 24.