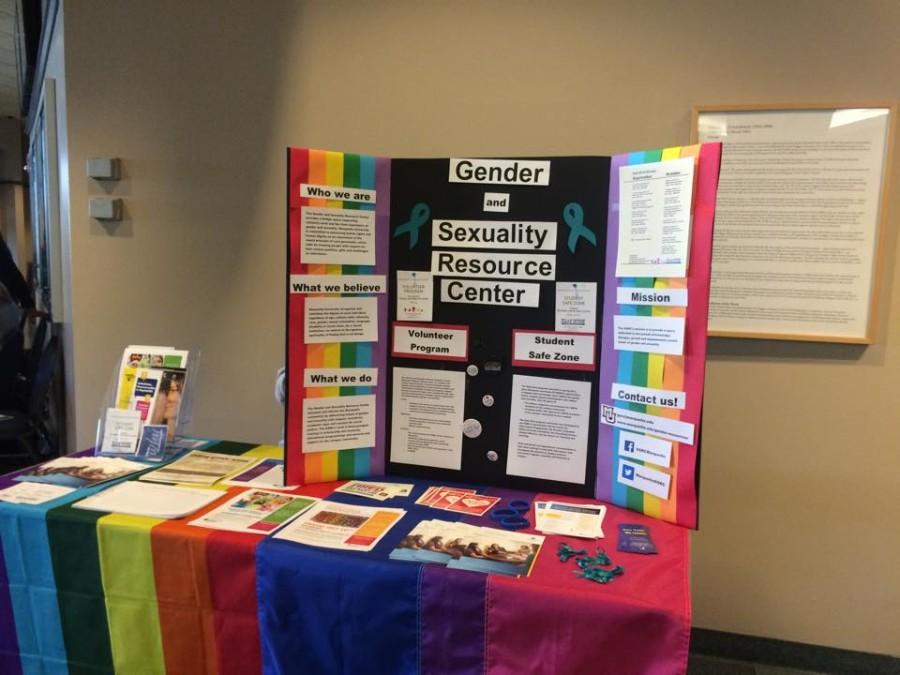 After a semester of events meant to raise engagement and visibility, including Safe Zone training and community lunches, the Gender and Sexuality Resource Center hopes to continue making progress next semester.

“We started this year with a lot of interest from students,” said Susannah Bartlow, director of the GSRC. “First-year students were more engaged than they have been in previous years.”

Throughout the semester, more than 90 people were trained through the Safe Zone program, designed to provide gender and sexuality support and resources for anyone on campus. The GSRC collaborated with The Center for Intercultural Engagement concerning outreach around LGBT identified people of color through the “Queer People of Color” panel and had a number of community lunches on topics ranging from asexuality to immigration.

The GSRC also observed the Transgender Day of Remembrance Nov. 20.

“We had a public display on the first floor of the Alumni Memorial Union, close to The Brew, and a table with information and resources about the center and transgender identity,” Bartlow said. “We also supported a Milwaukee based organization that works on transgender issues, nationally and locally, in their community vigil they held at the Milwaukee LGBT Community Center.”

“Transgender Day of Remembrance is a day to remember and mourn the people who have lost their lives due to anti-trans violence, but also a day to reaffirm commitments to work with and for trans people who are alive,” she said.

Bartlow added that the GSRC hosts events “that face in multiple directions so that people who identify with a particular community feel supported, but also so people can just get to know things as a way for the entire campus to be educated.”

Chelsea Connor, a third-year law student, has been working as a graduate student employee at the GSRC for two years. Connor “has enjoyed so much of working with the GSRC it is difficult to narrow down (her) experience,” she said in an email.

“A center like the GSRC is important to not only Marquette, but to any campus,” Connor said. “The importance of the GSRC extends infinitely further for Marquette University for three reasons, one being the coexistence of MU’s Jesuit identity within a university that proudly supports LGBT rights, another is that it gives an opportunity for increased dialogue surrounding gender based violence and most importantly, the GSRC is a judgment-free space dedicated to be exactly what you need from it.”

Amanda T. Smith, outreach coordinator for the GSRC, also in her second year working there, said she enjoys building relationships with students who come into the office.

“I loved that we did the Safe Zone training and that our visibility has increased so much,” Smith said.

She added that students should stop in the center to “learn about how important it is that (people) recognize, celebrate and educate about gender, sexuality and differences.” The center can be used as an educational tool and to help students learn more about the world around them.

“We’ve done a lot but I would say one of the biggest successes of the year has been the level of energy and engagement,” Bartlow said.“I think people seem much more aware of the center and much more excited to be a part of it and that is exactly what it’s all about.”