‘TALKING IS HARD,’ listening is not 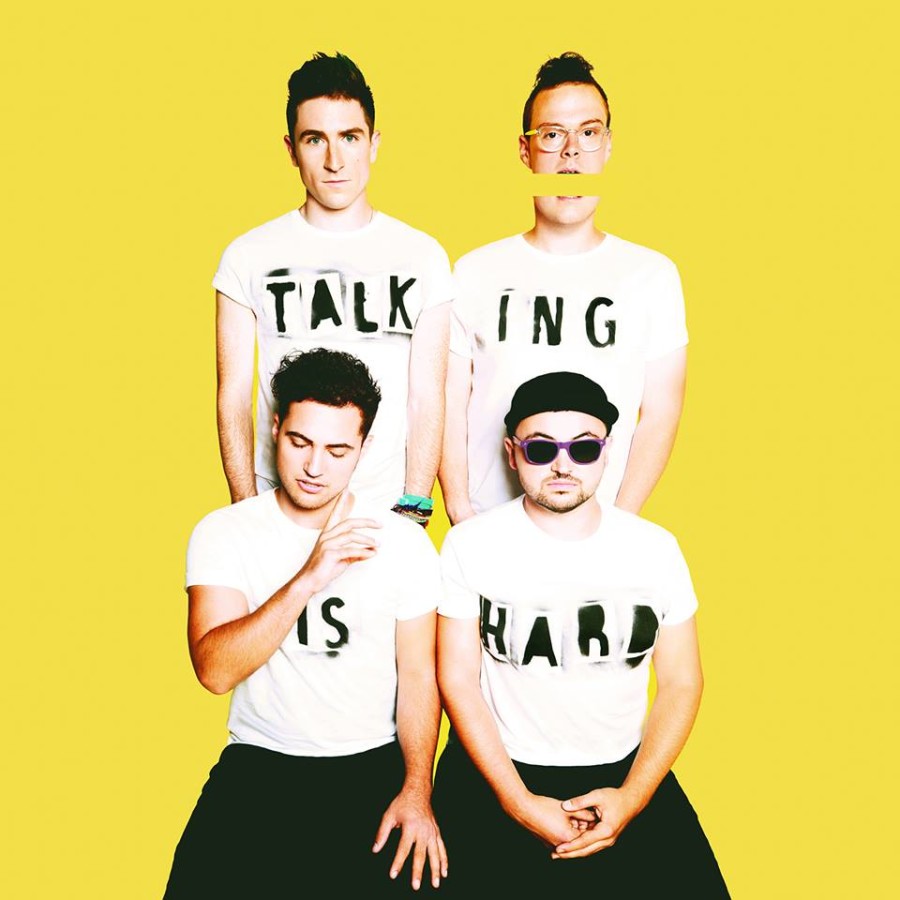 After releasing their self-titled debut album in 2012, Walk The Moon, caught the attention of pop lovers everywhere. Many were intrigued by this four-member band from Cincinnati for their ability to fire off one catchy dance anthem after another. The band lived up to the initial hype with their sophomore album, “TALKING IS HARD,” which dropped Dec. 2.

The whole album gives a carefree vibe, creating an urge in listeners to go out and explore the world. The lead single on the album, “Shut Up and Dance,” makes it impossible to sit still with the infectious guitar melodies complimented by smooth vocals and the undeniable catchy chorus. The flirty lyrics, “Oh don’t you dare look back, just keep your eyes on me,” brings listeners the excitement equivalent to newfound  love.

The album focuses on positive themes such as perseverance and living in the moment. “Down in the Dumps” shows that taking control can help you push through any situation, and has a catchy beat and chorus in proper Walk The Moon fashion. “Work This Body” is another light and upbeat single easy on the ears.

Although the happy-go-lucky style is perfect for a burst of encouragement, it would have been nice to see the band include one or two singles that took on something more complex than dancing till dawn. Adding a few songs with a somber background would have allowed the band to show more variety as musicians, while still maintaining the album’s primarily upbeat style.

The band experiments with different genres throughout the album, namely rock, but primarily maintains the indie-pop sound. The swaying through genres is subtle at times, but extremely noticeable throughout the single “Up 2 U.” The track begins with the smooth melody Walk The Moon fans are used to, but abruptly cuts to an electric guitar once the chorus hits. The band can easily pull off the hard-rock sound, but should stick to one genre throughout a song. The sudden shifts between hard rock and a light indie sound in “Up 2 U” conflict too much, making the sound not as smooth as its other singles.

Walk The Moon also strived to bring an 80s vibe to “Talking Is Hard” through the use of head-banging guitar solos and synthesizer beats. Its effort to add this vibe is especially apparent through the first track on the album “Different Colors.” The tonal changes in the track based around the guitar lyrics are complimented by a fresh funky sound in the lyrics. The music video for “Shut Up and Dance” even sticks to this 80s theme with Petricca showing off his disco moves and falling in love with the first punk rocker chick he sees on the dance floor. The video serves as a quirky throwback equipped with boom boxes and flashy neon clothing that will make fans excited to experience the rest of the album.

Walk The Moon has created another endless stream of dance hits with “Talking Is Hard” to keep every listener satisfied. Its experimentation with other genres showcases their ambition as musicians, but the band should try to produce more than dance anthems to show maturity from their first album, and prevent audiences from seeing them as just another indie band.

Listen to “Talking is Hard” here: