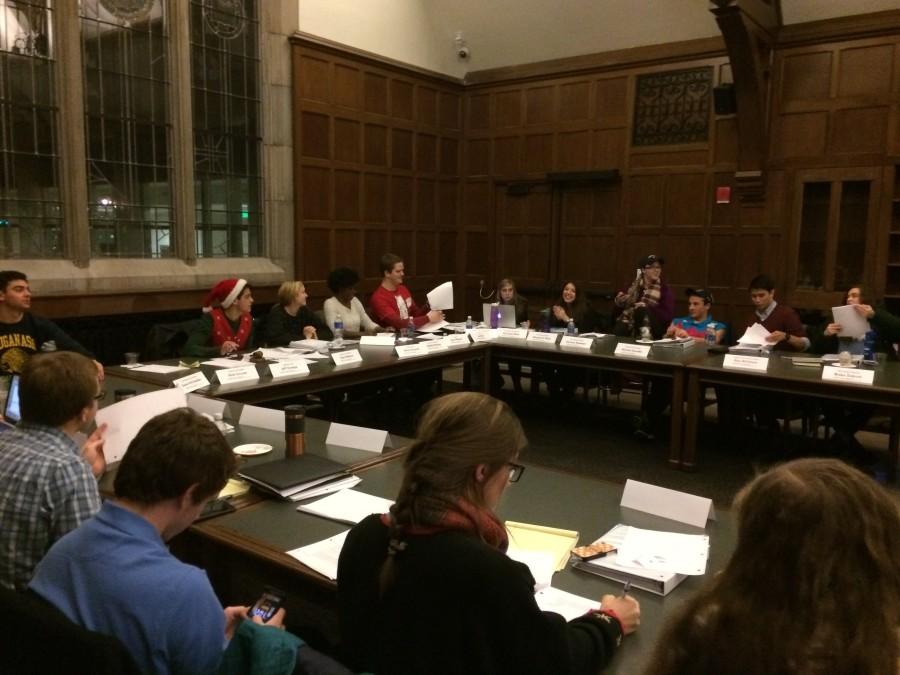 The Marquette Student Government at its last meeting of the semester Monday night approved all nine amendments concerning the Student Organization Funding process.

Amendment 3 – Updating Financial Policy Definitions Pertaining to SOF, was passed unanimously. According to the amendment, definitions for a “conference,” “Tournament,” “Qualifying Student Service” and “Recognized Student Organization” were clarified in the amendment.

Amendment 4 – Clarifying what is Eligible for SOF, was also passed unanimously by the senate. Amendment 4 was similar to Amendment 3; its purpose was to redefine terms used in the constitution. Those words include “Capital Good,” “Operating Expense,” “Personal Good,” and “Recurring Event.”

Amendment 5 – Required Training for SOF Applicants, is aimed to educate the president and treasurer of all student organizations applying for funding. Whelton said this was a beneficial amendment because it “enables organizations to fill out better applications.” This amendment was passed unanimously.

Amendment 6 – Publishing Criteria, was only passed unanimously after senator Zachary Bowman, a senior in the College of Arts & Sciences suggested an amendment to the amendment. This included that the senate, as a whole should set the criteria, not just the SOF committee. Amendment 7 was passed after Bowman’s addendum to the amendment was approved.

Amendment 7 – SOF Secretary and Committee Training caused controversy due to a lack of transparency from MUSG. Several senators wanted to make the minutes of SOF meetings public and available to the university at large. MUSG President Kyle Whelton, a senior in the College of Arts & Sciences said the intent of the amendment was to have minutes available for SOF appeals, not available to the whole student body. The amendment was passed MUSG is not required to publish the minutes of the SOF meetings.

Amendment 8 – Relocating the Charitable Donations Clause, was passed with only one senator abstaining. Amendment 8 does not change the wording of the clause, only the location in which it appears in the MUSG Constitution.

Amendment 9 – SOF Appeals, states that any allocations that are “equal to or greater than $2,500 will be forwarded directly to the Senate for consideration.” Amendment 9 also includes a new section that allows for student organizations to appeal an SOF decision. This amendment was also passed unanimously.

Amendment 10 – SOF Reimbursement and Payments, was passed by the senate. Whelton said Amendment 10 would be beneficial because it would put more responsibility to student organizations.

“We would see more cases of organizations being financially responsible,” Whelton said.

Amendment 11 – SOF Non-Club Sports Period Restructuring and Addition of Spot Funding, changes the current way SOF operates, going from five pay periods to only two. Whelton said this would incentivize forward thinking among student organizations, but would not punish them if new events came up.

“At first, student organizations were apprehensive about the change,” Whelton said.

Whelton explained that the new system was easier, aligning with academic semesters. He also added that it is the same amount of money they would be allocating if they had five pay periods, just minimizing the times organizations can apply. This amendment also passed unanimously by the senate.