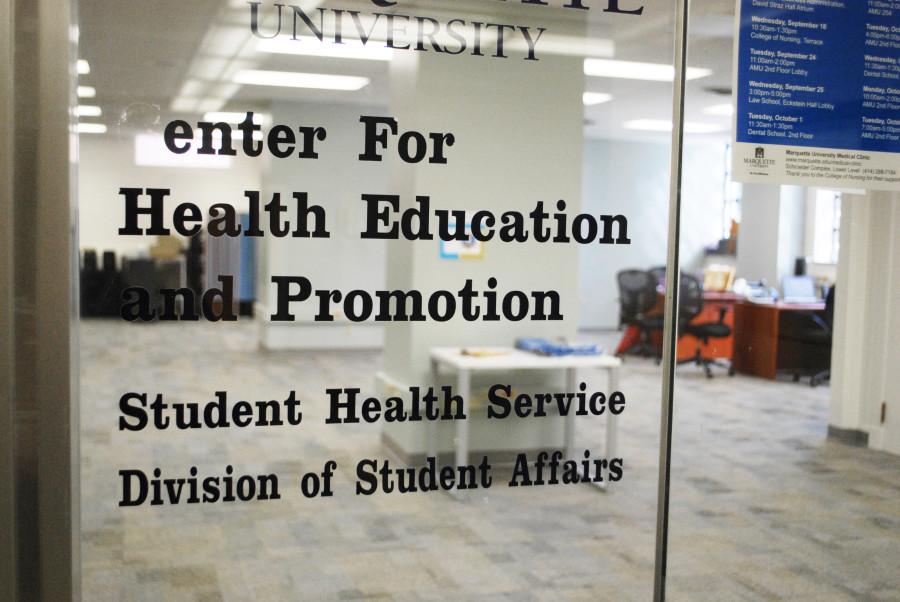 For the third year in a row, the clinic is offering tests for Marquette students, faculty and staff Dec. 1-2. Normally, a test costs $20. Dr. Carolyn Smith, executive director of MUMC, said the staff hopes removing the financial burden from testing will encourage more community members to get tested.

“There is no cure for HIV, but anti-retro viral drugs and lifestyle changes have helped people live longer with the virus,” Smith said in an email. “The earlier someone learns they have HIV, the earlier treatment can begin enhancing the likelihood they will live a healthy life with HIV.”

World AIDS Day events work to reduce stigma that surround the disease while preventing its spread. According to the U.S. Department of Health and Human Services, one in six people infected with HIV are unaware they have the virus. The department also reports that one in four of the people infected are in the age range of the majority of Marquette students: 13-24. As there is no known cure for HIV, health professionals maintain that the best way to curb its spread is to educate people and increase awareness.

In addition to MUMC’s testing initiative, the African Student Association and the Minority Student Healthcare Organization hosted two guest speakers for their “Understand the Red Mark” event to put faces to the virus. They also collected donations for the AIDS Resource Center of Wisconsin, which works with the Milwaukee community to combat HIV and AIDS.

“Stigma plays a huge role in the spread of HIV,” said Taylor Bland, an ASA executive board member and organizer of the event. “It stems from us being uncomfortable discussing it and there being an unavailability of information about it, such as: what it is, who contracts it, how common it is, and what attitudes permeate it spreading versus those that halt it in its tracks. We would like to talk about that at our event so we can see more clearly the reality of HIV and AIDS, particularly in our Milwaukee community, and not the distorted vision we currently live by.”

The CDC reports that approximately 50,000 people are infected with HIV each year. The virus is primarily transmitted through sex or injected drug use. It is initially called HIV, and is referred to as AIDS in the final stage of the disease.

Though Smith described MUMC’s biggest challenge as “making people aware of the event and the importance of getting testing,” students who have been made aware of World AIDS Day indicate that it is an important topic for the student body to understand.

“The events are promoting the awareness of this disease,” said Kaitlin Emmons, a junior in the College of Health Sciences. “HIV substantially weakens your immune system causing other illnesses that you would not normally be concerned with to become potentially fatal. Why would you not want to know if you have this virus when it can completely turn your life around? I firmly believe that if you have any doubt in your mind that you have an STD you should get tested immediately.”