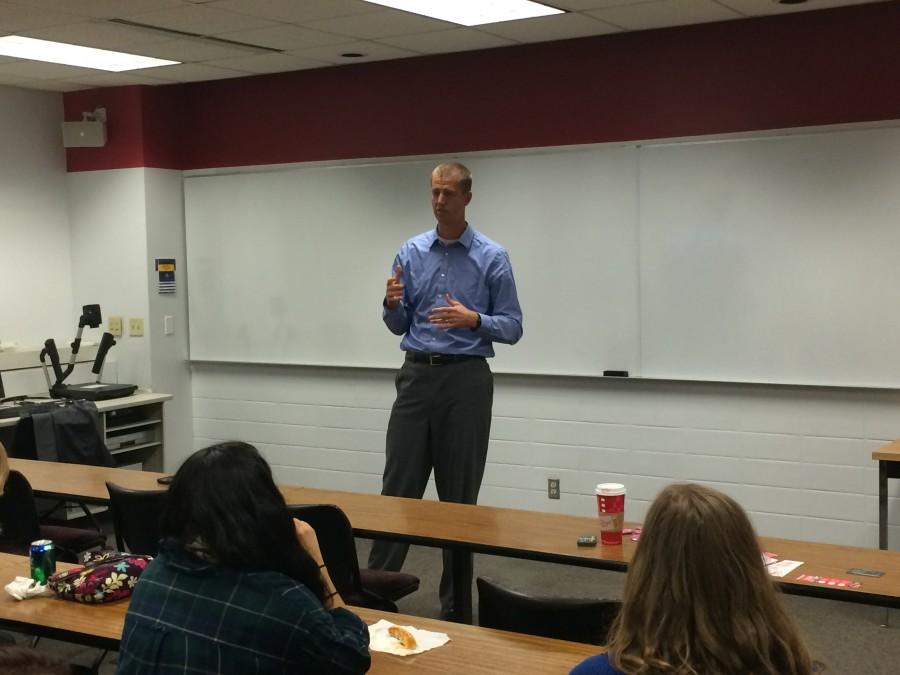 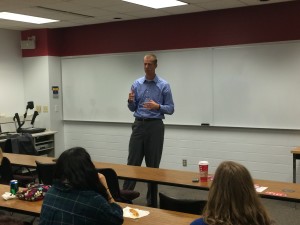 Kooyenga encouraged students to head to the polls Tuesday, praising Gov. Scott Walker on the risks he has taken in office, and claiming that these risks have sent a message to conservatives across the nation.

According to the last Marquette Law Poll, Walker is leading against Democratic challenger Mary Burke by seven points among likely voters.

“When Republicans generally get elected, they go the safe bet, and don’t rock the boat,” Kooyenga said. “We need people who get there and rock the boat. Governor Walker has been rewarded for that.”

Marquette’s College Democrats have not brought in speakers to support Burke in the past few weeks, although they brought in State Rep. Evan Goyke (D-Milwaukee) in September.

Kooyenga, who was previously an accountant, shared stories about friends he lost while serving in Iraq as well as lessons he learned from the experience.

Kooyenga explained that he ran for office because he had the military and financial background he thought someone in office should have. Kooyenga won his race with 61 percent of the vote in 2010.

He also spent time discussing Act 10, the bill which ended collective bargaining rights for some public unions in the state. He argued that Act 10 was originally intended as a financial reform bill, but eventually became a reform for the state’s public schools.

He said Act 10 eventually led to a tuition freeze throughout the University of Wisconsin System and pointed out that since 2010, graduation rates and ACT scores have risen, especially for minority graduation rates.

“There has never been a governor in Wisconsin that has had such a significant increase in the minority graduation rate,” he said.

In terms of attracting businesses to Wisconsin, the legislator proposed implementing tax cuts along with fiscal responsibility. He said the state is “making progress” but that other states with right-to-work laws and lower income taxes are better places to do business.

“Both businesses and consumers win when we are a free market,” he said.