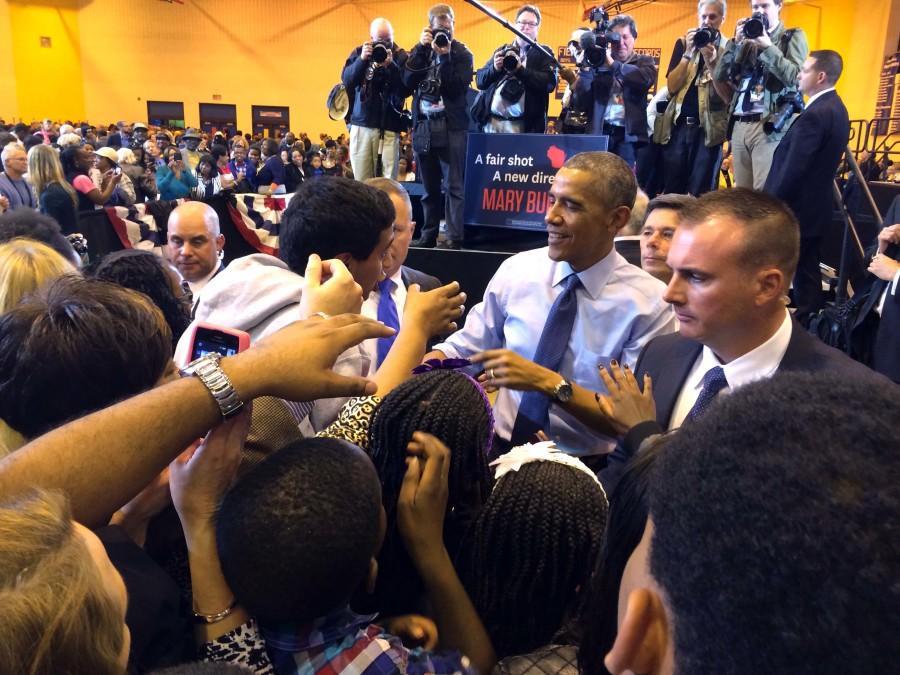 Around 3,500 people crowded into the school’s gymnasium to hear Obama encourage them to vote. The president focused on job growth and criticized the job performance of Burke’s opponent, incumbent Gov. Scott Walker.

“Wisconsin lags the rest of the country,” Obama said at the event. “The country as a whole is doing better. Wisconsin is not doing so good.  Over the next week, you have the chance to change that.”

“Prosperity happens when you give people more chances to work their way into the middle class,” Obama said.

Obama stressed Burke’s business background as founder of the Trek Bicycle Corporation, which he said makes her an ideal candidate who will have the ability to help promote small business growth.

Obama is the latest national figures coming to stump for Burke, following up on visits over the past couple of weeks from First Lady Michelle Obama and former President Bill Clinton. Walker received support from New Jersey Gov. Chris Christie and is campaigning alongside Rep. Paul Ryan (R-Wis).

Obama said the race is going to be close, saying as few as ten votes could decide who will be the governor of Wisconsin.