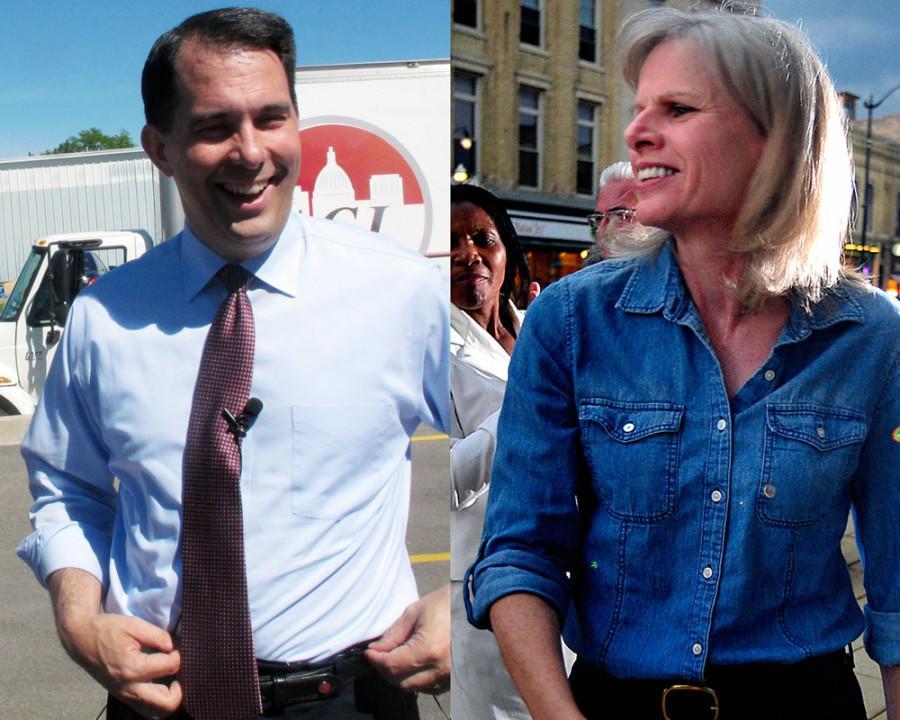 The poll, which is considered the standard for Wisconsin elections, shows both Walker and Burke supported by 47 percent of likely voters, underscoring that Wisconsin has one of the closest governor races in the country for the upcoming November elections.

“It’s a dead tie,” said poll director Charles Franklin at an On the Issues event with Mike Gousha.

These numbers moved considerably from the previous poll released by the Law School two weeks ago. The pervious poll put Walker at a 50-45 edge over Burke among likely voters, the first time one of the candidates found support beyond the margin of error during the last couple of months, and at a 46-45 lead among registered voters.

There was also a huge gender gap between the two candidates in the previous poll, with 62 percent of men favoring Walker and 54 percent of women favoring Burke.

That gap has all but disappeared this time around, with men favoring Walker by a 48-46 percentage-point margin and women evenly split at 47 percent for each candidate.

“These things are going to fluctuate,” Franklin said, suggesting that the prior poll sample was heavy on Republican men.

Walker and Burke with square off in their second debate at 7 p.m. Oct. 17 at Milwaukee Area Technical College.

In the race for Wisconsin’s next attorney general, Republican Brad Schimel and Democrat Susan Happ are also tied with the exact same number of likely voters. Both received support from 42 percent of those polled, with 16 percent remaining undecided.