Are there bats in the 707 building? Close, but no. 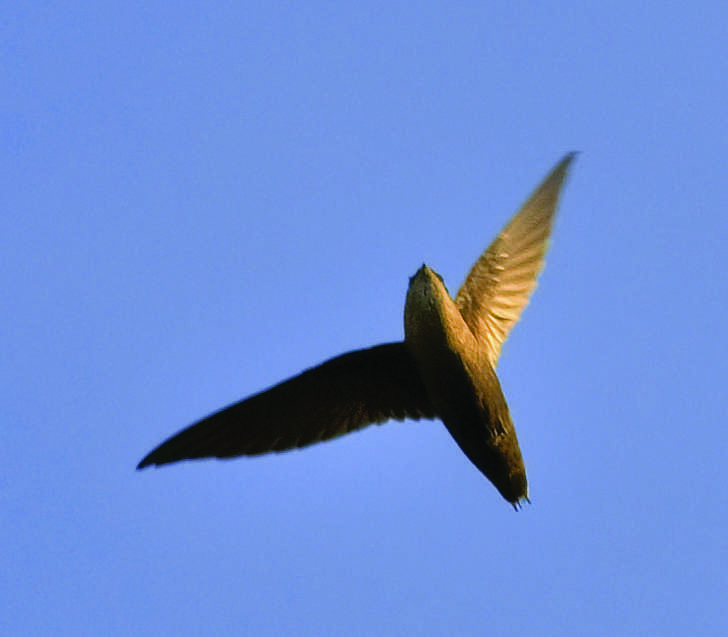 It’s only natural for students to start seeing things out of the ordinary so close to Halloween.

But when rumors emerged that bats have made the 707 building on campus its home, the Tribune decided to investigate.

Although certain bat species are native to Wisconsin, like the “little brown bat” that tends to make its home in buildings, Ronald Ripley, director of facilities services, doesn’t think those are really bats flying from the chimney.

“This question has been raised in the past on several occasions and the answer has been found to be somewhat different than might be expected,” Ripley said in an email. “I have not observed the situation this current year but in the past I have found the answer to be birds, not bats.”

They’re chimney swifts— confirmed by their characteristic chirping. These less-than-menacing birds have similar characteristics to bats, and their silhouettes often invoke comparison to the macabre mammals of the night.

But they won’t suck your blood, and they shouldn’t haunt your dreams.

As their name suggests, the birds tend to make temporary homes in chimneys and other vertical resting spots because their physiology doesn’t allow them to perch on branches. They spend the majority of their lives in flight, according to the Cornell Lab of Ornithology, and their diet consists mainly of mosquitoes, much like a bat’s.

Swifts have been seen in other university chimneys and are protected by the Migratory Bird Treaty Act of 1918. As a result, their nests cannot be removed without a federally issued permit.

Still, the idea that Marquette has bats on campus is not out of the ordinary. The Department of Public Safety dealt with the pests in both Johnston Hall and the Church of the Gesu, according to a 1985 Tribune article.

Wisconsin’s bats are not the vicious demons often associated with “Dracula” or “The Dark Knight.” The eight insectivorous bat species native to the state help the ecosystem far more than they hurt. They eat vast amounts of mosquitoes and acting as a natural pest-control for farmers. A new disease is threatening to wipe them out.

White-Nose Syndrome, a massively fatal fungal epidemic among bats, recently spread to Wisconsin. The disease, which originated in New York and quickly traveled north and west, affects hibernating bats by infecting them with a white fungus that grows around their muzzles and wings.

It’s still debated whether the disease actually causes death, or if the early awakening of bats in hibernation from the disease causes the bats to starve to death. Regardless, the bat population across North America is dramatically dropping.

According to the Wisconsin Department of Natural Resources, bat death estimates range from 5.7 to 6.7 million in the past seven years due to White-Nose Syndrome.

So no, students do not have to fear bats on campus. If anything, the only thing to fear would be the fall in bat population we’ll experience in the coming years.

If that’s the case, we should really be concerned about the rise of the real blood-suckers: mosquitoes.