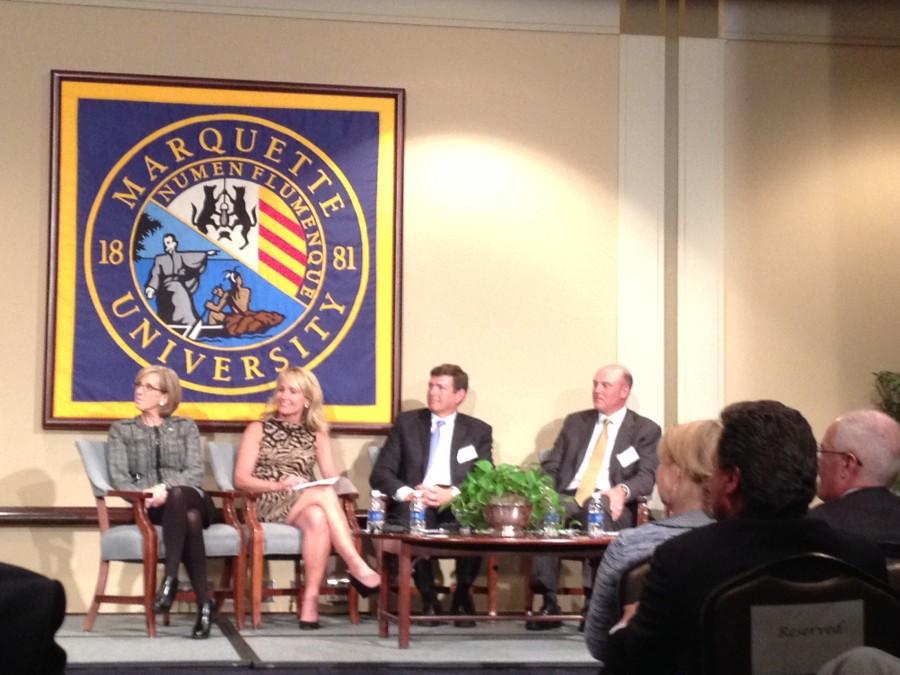 Increasing diversity in the engineering field won’t be done by breaking corporate barriers, but by having more equal opportunities in engineering schools, according to MaryAnn Wright, the vice president of engineering and product development at Johnston Controls, who spoke at an engineering innovation panel Friday.

Wright said that the U.S. severely lags behind Asian countries that have and encourage strong STEM programs, whereas few American students enter such programs. Not all of those who enter will finish their program, especially for women.

“We don’t encourage girls to be interested in math and science disciplines,” Wright said. “In fact, they are discouraged. We’ve got to address that issue.”

Kim Marotta, director of sustainability at MillerCoors, said MillerCoors works with national and local engineering programs to encourage women to apply and to seek out female engineers. Wright noted that children need to be exposed to science in a fun and interesting way from a young age, lest they fall behind in the subject and cause the pool of STEM programs students to decrease.

In addition, the panelists discussed the need to promote sustainability measures, especially for the world’s limited, and in some places dwindling, water supply.

“We need to encourage people who are going to solve the world’s problems,” said Todd Adams, CEO of Rexnord Corp. “At the end of the day, that’s what engineers do.”

Marotta stressed that real change will happen when businesses realize that sustainability projects aren’t only good for the world, but also for their futures as liable companies. Other panelists expressed concern that change isn’t happening fast enough.

“It’s a little frightening in the U.S.,” Adams said. “The infrastructure is in horrible shape. Europe maintains their structures and charges the right amount for water, but we do neither of those things.”

The panelists said they have hope that the younger generation will promote change and realize that the water situation in the U.S. is reaching a critical point.

“Awareness is key,” said Dave Bangasser, president and CEO of Opus Design Build, L.L.C.. “Awareness of what are the long-term implications of global warming, and the fact that we have a limited amount of water.”

Panelists gave education and career advice, saying that failure is an expected and essential part of the innovation process, so students should be inquisitive and seek mentorship.

“I’m optimistic because I think we will have no choice,” Wright said. “The only way to maintain our competitive position is to be able to compete in science and technology. Instead of encouraging a generation of day traders, we need to be encouraging a generation of scientists and technologists who are going to be driving the economy into the future.”