The film “1971,” which opened at the Milwaukee Film Festival two weeks ago, reveals the previously untold story of anti-Vietnam War activists who broke into a Pennsylvania FBI office and stole documents revealing government activity. 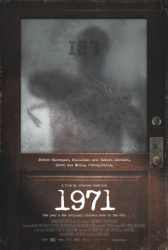 where speakers discussed freedom of information and the role of media.

Contributors included Ben Wizner, Edward Snowden’s attorney and American Civil Liberties Union member, Milwaukee Journal Sentinel columnist Dan Bice and Christa Westerberg, attorney and Information Council vice president. Discussion was primarily on whistle-blowers, those who give up information, and the consequences they should or should not receive. Speakers also discussed the parallels seen between today’s society and the film “1971.”

Bice shared his personal take on the situation, stating, “Just about every time I’m dealing with a whistle-blower, the first step in the process is to negotiate when I might disclose this information, under what circumstances, the value of the info, and there are times when people are not satisfied with the answers I’ve given them.”

He continued with the exceptions that state laws possess, specifically the Wisconsin state law regarding the Freedom of Information Act, which exempts men and women in Congress.

“It shows that members of Congress are reluctant to resolve this issue because it brings attention to the fact that they have exempted themselves,” Bice said.

Wizner continued the conversation by saying that it should not be criminal for someone working for the government to reveal illegal conduct done by individuals within that government.

Wizner also spoke out on the importance that technology plays in the distribution of information.

“I think that technology works in a number of different ways here,” he said. “It can be much faster for getting information out in huge quantities, but it also makes it much more difficult for people in government to do that without protection.”

Though the sharing of information may be easily done, the search process is at times too much for people to want to go through.

“Before you see anything, you can be charged for a location fee, and that may discourage you from getting the record at all,” Westerberg said.