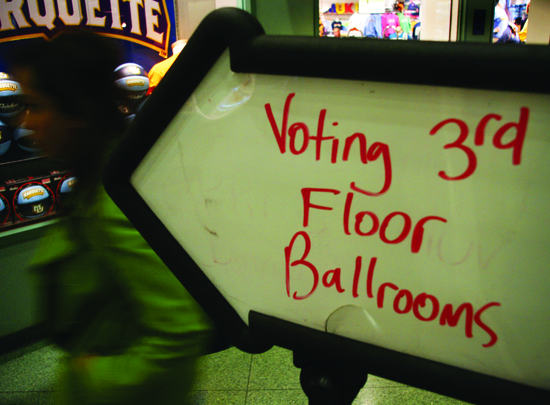 Marquette announced Thursday in a news release that it is working to modify or provide university-issued IDs that meet the requirements of Wisconsin’s voter-ID law.

The law, which Gov. Scott Walker signed into law in 2011, was reinstated by the U.S. 7th Circuit Court of Appeals last week. That decision reversed an April decision by U.S. District Judge Lynn Adelman, who argued the law violated the Voting Rights Act because minority voters were less likely to have IDs than white voters.

The Government Accountability Board, which manages elections in Wisconsin, announced it plans to fully implement the law in the upcoming November elections.

That gives voters about a month and a half to find proper identification, including driver’s licenses, state ID cards, passports, limited types of student IDs, military IDs, naturalization certificates and IDs issued by a tribe based in Wisconsin.

Marquette students who do not have a Wisconsin driver’s licence will not be able to use their university IDs to vote. Students who never voted in a Wisconsin election before will also have to register for the Nov. 4 vote.