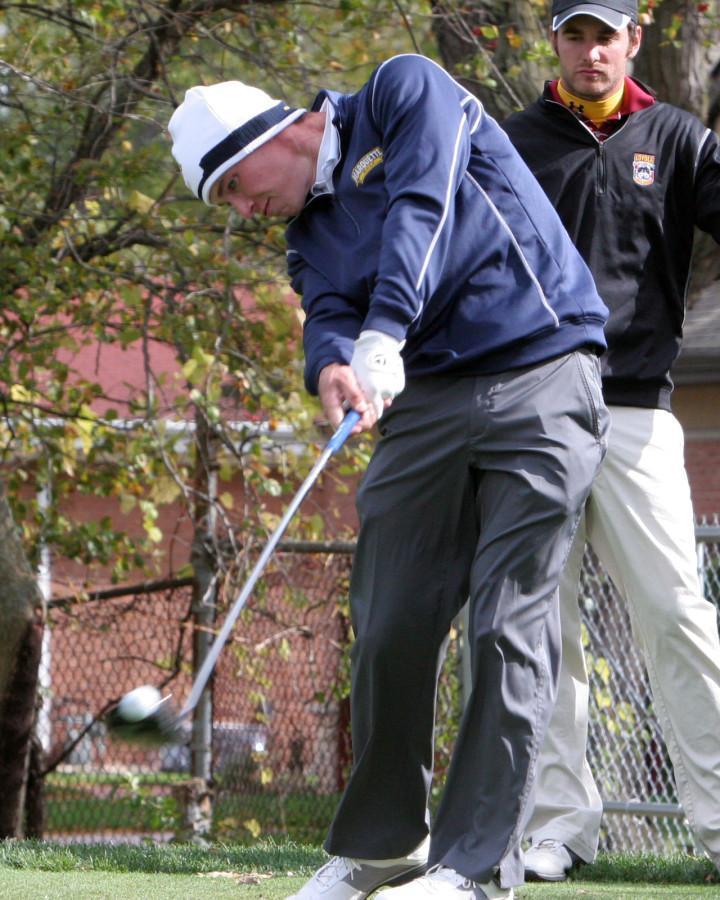 The Marquette men’s golf team looks toward this weekend’s tournament at the Windon Memorial Classic as an early season test against a strong field. The tournament will be held Sept. 21-22, and will include teams from Notre Dame and California-Berkeley, among others.

The team had the chance to play practice rounds this week at the Evanston Country Club in Ill., and the Milwaukee Country Club. Coach Steve Bailey said that gives Marquette an advantage into the weekend.

“The biggest perk of our program is the places we get to go on a regular basis,” Bailey said. “It better prepares us for our events moving forward.”

Junior Nick Nelson agreed the preparation has been tough, but worth the challenge.

“This week has been pretty much a grind with this bad weather, so I think we’ve been tested really well,” Nelson said. “Going out to the tournament, it’s going to feel like a piece of cake playing in that.”

Neither coaches nor players are going to call last weekend’s seventh place finish a disappointment, but both agree the team is capable of more.

“We did all right last week, but I think we also know that we had a lot left in the tank,” Nelson said. “So maybe this weekend we can get back to our top form.”

Both Nelson and junior Pat Sanchez, Marquette’s top finishers from its last tournament, expressed excitement about the ability to compete with top players form around the country at the Windon Memorial Classic.

“Cal, they’re a perennial top five team,” Nelson said. “Just being around those guys, playing with them, it’s cool to see that you’re playing at that level and its intriguing to think you can take those guys down. So I think we’re really looking forward to that opportunity.”

Sanchez agreed that the tournament held a chance for Marquette to measure themselves against some of the best.

“Seeing the best players in the country and seeing their games and comparing our games to theirs, it gives us a great opportunity to see where we want to get and test ourselves,” Sanchez said.

Bailey, though, wants to make sure his players are still focusing on their own game and not the competition.

“It’s about going out and sticking to our game plan,” Bailey said. “This isn’t as difficult a golf course, but the field is equally as good. But that’s somewhat irrelevant. We just gotta go out and play our game.”