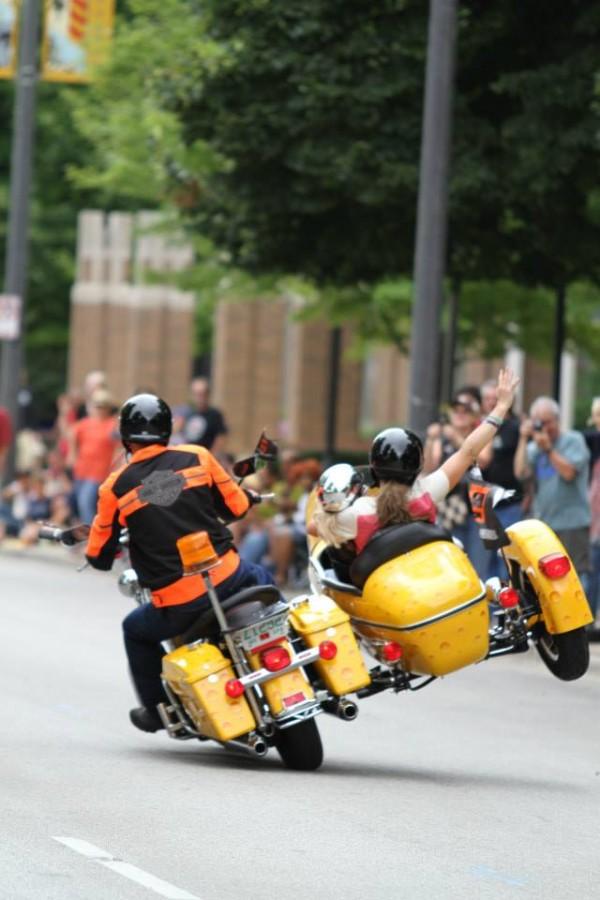 Motorists from across the country make the trip for the annual Milwaukee Motorcycle Rally every Labor Day weekend. The Harley-Davidson Museum hosts the rally with activities taking place across Milwaukee. This event is the self-proclaimed, “Largest Free Motorcycle Rally” in the Midwest. Running from Thursday, Aug. 28 to Monday, Sept. 1, this is the museum’s sixth rally since its opening in 2008. Each year, the rally includes the Custom Bike Show Weekend, a unique show that is free and open to bikers and non-riders alike.

Brook Smith, head of Museum Communications at the Harley-Davidson Museum, said the company is “about making things your own. The motorcycle rally is a great way to show that and to bring everyone together in the process.”

She said the uniqueness of each bike is “beautiful … truly works of art.” These high speed masterpieces are brought to Milwaukee from all around the country and the world, as well as Milwaukee’s own H.O.G. (Harley Owners Group) members. There are currently more than 1,400 H.O.G. chapters around the world.

The Custom Bike Show Weekend begins Thursday with the largest bike night of the museum’s summer season. As riders begin rolling into the city, they can stop by the museum to experience the opening activities, which include performances by Crazy Rocket Fuel and Reed Turchi Band.

The largest event of the weekend is the Invitational Pro Class Custom Bike Show, an exhibition of custom motorcycle creations from the top professionals in the field. At this Sunday morning show, local bikers and enthusiasts have the opportunity to display their especially distinct custom bikes to show what the artists showcase with their canvas of a motorcycle. Awards are also given out, including the Willie G. Davidson Award for Best of Show and the People’s Choice Award.

Musicians from Milwaukee and across the country will perform at various venues around the city throughout the four-day event. Local bands Fibonacci Sequence, Calliope, Whips and the Dave Fitzpatrick Band will perform. Other groups, like The Cerny Brothers, will travel from as far as Los Angeles.

According to Smith, the museum provides the ideal location for such a widely attended event.

“The Harley-Davidson Museum is the only one in the world, and it is right here in Milwaukee,” she said. “It brings people to the city so that they can see what Milwaukee has to offer.”