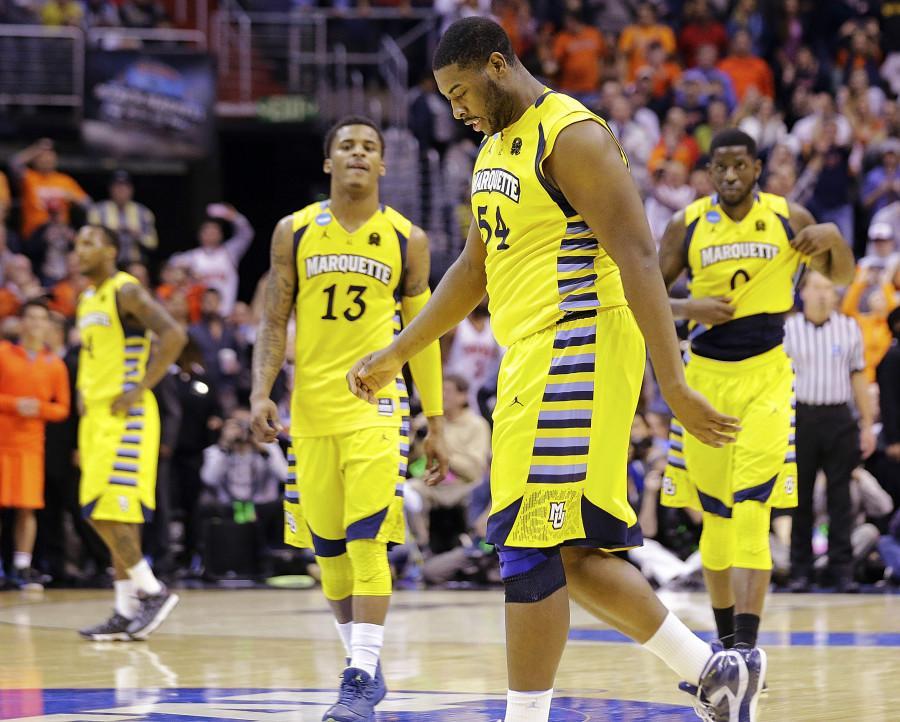 Though no Marquette player was selected in the 2014 NBA Draft, some recent Golden Eagles will have a chance to make an impression on NBA teams.

Blue, who played for eight different professional teams spanning two continents last season, signed the first of the three contracts. He signed in late June with the San Antonio Spurs summer league team for the Las Vegas League. Blue played for the Memphis Grizzlies in the Las Vegas Summer League and the Houston Rockets in the Orlando Summer League last season, where he averaged 11 points and 21 minutes in six games. He signed with the Philadelphia 76ers before the regular season but was waived a month later and went overseas to play in the Israeli Super League. Blue returned to the U.S. in January to play in the NBA Development League and eventually appeared in three games with the Boston Celtics on a 10-day contract.

Gardner and Wilson’s signings, with the Chicago Bulls and Washington Wizards, respectively, were both first reported July 7. Gardner, the reigning two-time Big East Sixth Man of the Year and All-Big East Second Team player averaged 14.9 points per game, 5.7 rebounds per game, and shot .781 from the free throw line last season. Listed at 6-foot-8-inches and 290 pounds on the Bulls’ summer league roster, Gardner will need to slim down more to have a better shot at playing in the NBA come October.

Wilson has a chance to make a case for an NBA contract despite a disappointing senior season, as the Wizards have five unrestricted free agents and potentially several open roster spots. In his final year at Marquette, Wilson averaged 11.7 points per game and 5.9 rebounds per game.

The Las Vegas Summer League runs from July 11-21, where each team will play at least five games. Players without contracts for the regular season, which includes the three former Golden Eagles, will once again become free agents when the league is over and can sign with any team they wish.