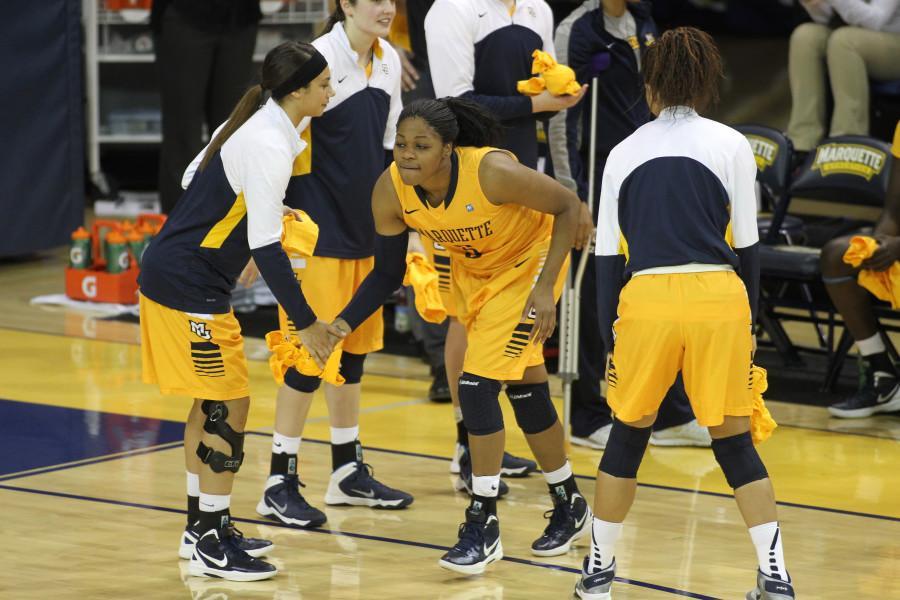 “We are very excited about our non-conference schedule, ” first-year head coach Carolyn Kieger said in a news release. “We play some of the best teams in the country to prepare for BIG EAST play and have some tough road games that will really test our squad. We will also give our fans some exciting games against top teams in the Al McGuire Center. We are up for the challenge and look forward to playing one of the top schedules.”

The Golden Eagles play Lewis University Nov. 8 in an exhibition game, but the season officially begins with a two-game homestand against Green Bay Nov. 15 and Loyola-Chicago Nov. 17. Green Bay was the best team in the Horizon League in 2013, posting a 22-10 record, while Loyola struggled mightily last season, going 11-21 with only four wins on the road.

Marquette hits the road for the first time when the team travels to North Carolina for rematches against Wake Forest and national powerhouse Duke Nov. 21 and 23, respectively. The Golden Eagles defeated the Demon Deacons by 19 in Milwaukee last season, but lost by 17 to the Blue Devils. Duke figures to be Marquette’s toughest matchup of non-conference play as the Blue Devils return seven players from last year’s squad that finished the season ranked in the top-10.

Following the North Carolina road trip, the Golden Eagles return home to take on crosstown rival UWM Nov. 26 and South Dakota Nov. 29. Marquette defeated the lowly Panthers 71-52 last season, but South Dakota is coming off an NCAA Tournament appearence in 2013 and could be a tough test for the Golden Eagles in their own building.

Marquette kicks off the month of December with two road contests against Auburn and Wisconsin. Auburn went 19-15 last season and finished ninth in a very competitive SEC before advancing to the third round of the NIT. Marquette’s second loss of 2013 came at the hands of the Badgers in a 62-60 defeat, but Wisconsin went 4-17 following that victory and lost eight in a row to end a 10-19 campaign. The Golden Eagles will look for revenge in Kieger’s rivalry debut Dec. 6 in Madison.

The non-conference schedule concludes with three-straight home games against Northern Kentucky, Vanderbilt and Western Illinois. Northern Kentucky went 17-12 in 2013 with a 13-5 record in the Atlantic Sun Conference. The Golden Eagles knocked off the Commodores in Nashville in their first road game of 2013 in an 82-77 victory. Like Auburn, Vanderbilt was average in conference play, but earned a berth in the NCAA Tournament and lost in the first round to Arizona State. At 14-16, Western Illinois was below average in 2013 and should be an easy tune-up before Big East play begins.