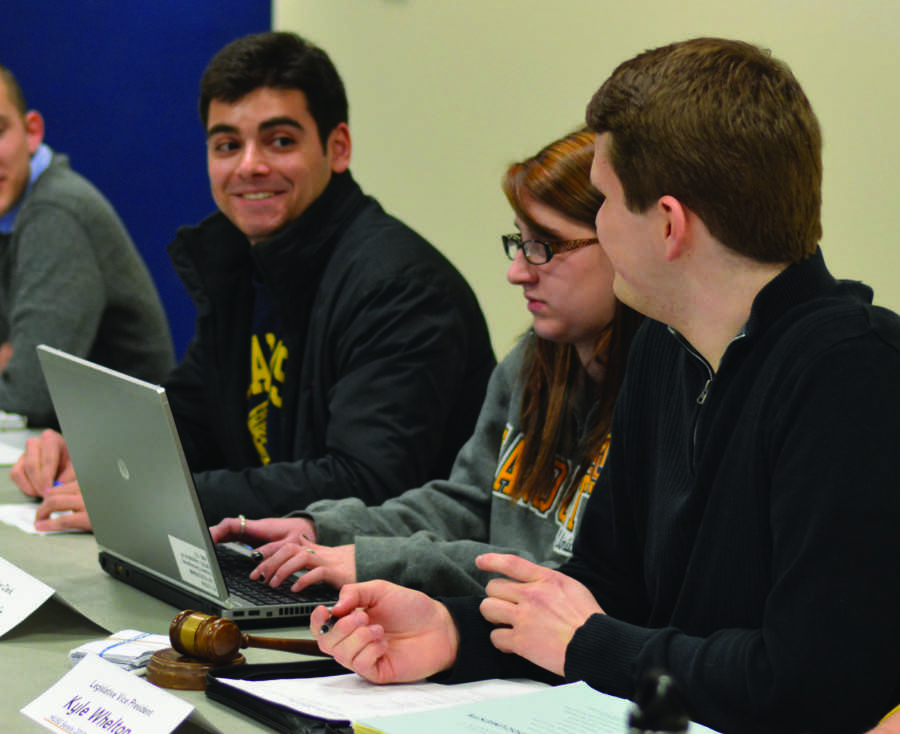 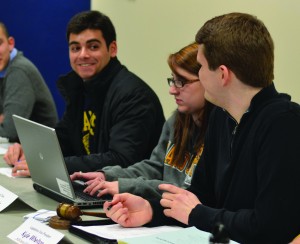 Marquette Student Government unanimously passed a $475,850 budget for Fiscal Year 2015 at their Senate meeting Thursday night, a measure that features a reduction in After Dark programs and free admission to movies at the Varsity Theater.

MUSG follows a balanced budget philosophy, meaning it plans to spend all of the money it expects to receive in total revenues.

MUSG receives revenue from a variety of areas, with the largest portion of money coming from the $30 per semester student activity fee every undergraduate student pays with tuition. Every year during the budgeting process, MUSG receives an estimate from the university as to the number of students it expects to be enrolled at Marquette next semester.

BREAKING DOWN EXPENDITURES FOR FY2015 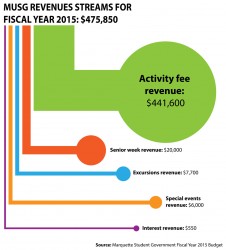 Arguably the biggest change in the FY2015 budget is in the Program Board budget, which totals $278,320, or about 60 percent of the entire budget. Program Board saw large decreases to key items in its budget despite seeing an overall increase in its total funding. Twaddle said the changes are part of a concerted effort to make Program Board more focused on upperclassmen in the next fiscal year.

“As (a Resident Adviser), I recognize that the alcohol alternative programs are important, but MUSG is not the only organization planning After Dark programs,” Twaddle said. “There will still be just as many late night alternatives, but MUSG will not be putting as much money into them.”

Diversity programs will also receive a major funding cut, losing $6,000 dollars, as a reflection of the increase in diversity programs hosted by clubs. Program Board will also take $6,800 out of its film budget, cutting one outdoor film and two movies from the normal schedule.

Even with the decrease, MUSG will still make all of its MUSG sponsored-movies free. 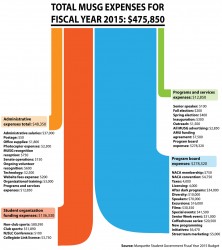 “We already charge students for an activity fee, so why do we charge them again for movies and on campus events?” Twaddle said. “So, all on-campus events next year are going to be free to students. Any student can just come to a movie next year, get in for free, and watch the movie. Night of Chocolate will also be free next year.”

Program Board will also add funds to a variety of events. Both the Coffeehouse Series and Senior Week will receive a $10,000 increase. Similarly, MUSG will add $4,500 to special events, $3,470 to new programming initiatives, and $1,750 to the speaker series. An additional $1,000 will also be given to street team marketing.

“So we are going to try and promote more music on campus,” Twaddle said. “We intend to bring higher quality acts to campus. So fewer acts, but better known.”

Very little changed in the administrative expenses budget, which totals $48,350. MUSG added $500 to its technology budget, allowing it to spend money on capital goods such as printers and computer upgrades for the office. It will also add a budget line of $200 to pay for upkeep of their new website.

There was only one change to the programs and services budget, a decrease of $500 to the “outreach” line. That line is generally used at the discretion of the president to spend on a program or service for the students.

Last year, former President Arica Van Boxtel sponsored mental health awareness week. Schultz did not spend the entire outreach budget this year and recommended the budget line be reduced from $2000 to $1,500. Whelton said there is a large enough amount of money that MUSG will be sending an extra student to the National Jesuit Student Leadership Conference this summer. Whelton also said he does not have plans to spend next year’s outreach line, although he intends to.

“A lot of that will come out of discussions with the executive board,” Whelton said. “We’ve been more concentrated on the reserve fund proposal that’s coming up and some other things, but we have executive board retreat coming up to work on it.”