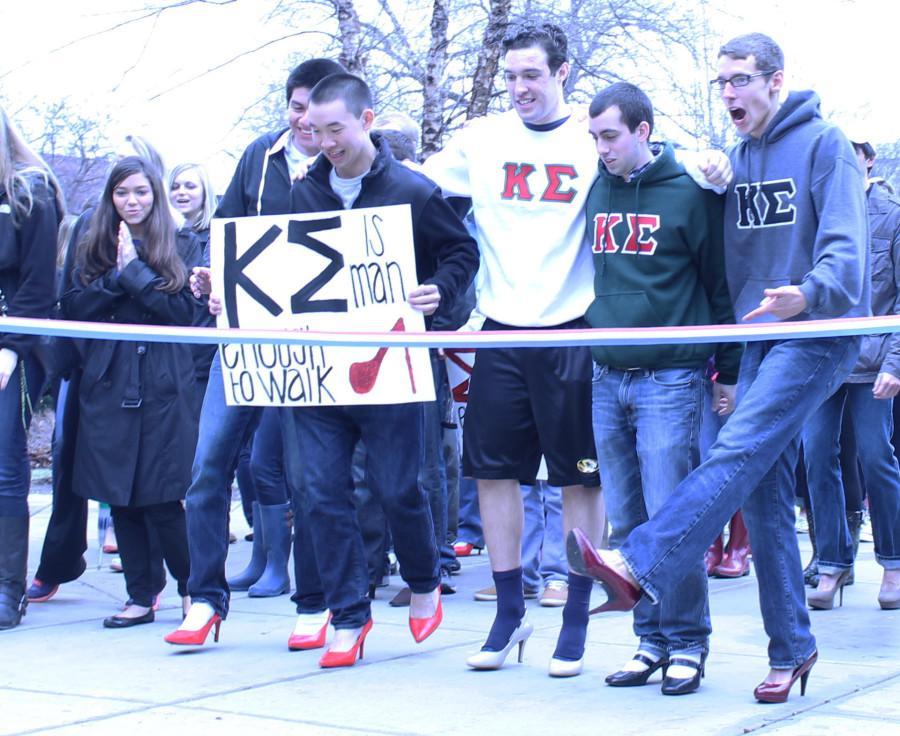 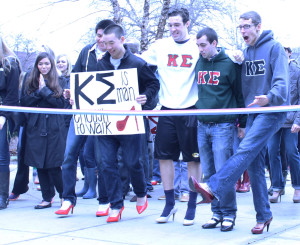 Two weeks after sexual misconduct allegations in Marquette’s fraternities surfaced on campus, a professor’s study on adolescent girls’ views on sexual assault is getting media attention.

The 10-year study, conducted by Heather Hlavka, an assistant professor of social and cultural sciences, was titled “Normalizing Sexual Violence” and drew results from a sample population drawn from a forensic child advocacy center in the Midwest. It was published online Feb. 28, and will appear in the June issue of Gender & Society journal. Hlavka was interviewed on MSNBC’s Melissa Harris-Perry Show April 20 to discuss her findings.

“We’re using traditional sexual scripts to talk about gender,” Hlavka said. “We say ‘boys will be boys and they can’t help themselves,’ and then the girls are supposed to be the gatekeepers of sexual activity.”

According to Hlavka’s study, those traditional sexual scripts create a double standard, one that girls cannot easily avoid, which can lead to mental manipulation from peers.

“Today, girls are in a strange double-bind where they have to be super sexual, and sexualized, in addition to being the sexual activity gatekeeper,” Hlavka said. “How you balance that is beyond me – it’s physically impossible. When girls do have sexual encounters, they’re labeled as ‘sluts’ by their peers.”

If a female victim tries to report sexual violence, her peers often “victim blame” or “slut shame” to make her feel guilty for the actions of her assaulter. Hlavka found girls criticize one another for not avoiding aggressive male behavior, and also downplay sexual assault to each other as not a “big deal,” in order to prevent victims from reporting it.

“They grab you, touch your butt and try to, like, touch you in the front, and run away, but it’s okay,” said one 13-year-old girl interviewed in the study. “I mean … I never think it’s a big thing because they do it to everyone.”

Though the study focuses on girls ages 11-17,  Hlavka also talked with males from the same age group and individuals of both genders ages 3-10, finding that men experience the same type of sexual assault and shaming as women. Those results will be published in a separate study.

“Sexual assault to males by females was similarly disregarded, since men thought they should always want sex, all of the time,” Hlavka said. “And that they were lucky to get sex no matter what.”

The study also contains instances of homosexual sexual assault with adolescent victims who were often questioning their sexuality, in addition to a racial disparity in reports of sexual harassment. More African Americans do not report assault due to distrust of law enforcement.

Chris Daood, assistant director of the Counseling Center and Marquette’s Title IX coordinator, said he thinks the study translates to the experiences, attitudes and behavior of Marquette students.

Triangle, Delta Chi and Sigma Phi Delta fraternities received official warnings from the Division of Student Affairs for three cases of alleged sexual misconduct earlier this month. The official warnings mean any violations of either Greek policies or student codes of conduct will result in immediate suspension of all activities, pending the outcomes of investigations into the incidents.

An April 23 joint statement was released by Interfraternity Council and National Panhellenic Council, saying the Marquette Greek community will cooperate with all allegation investigations, and ending by listing Greek Life’s previous accomplishments.

“The response is typical, but I think (the statement) could have said that (Greek Life) will plan steps to educate their organizations so sexual misconduct allegations don’t happen again,” Hlavka said. “They could say they support the accused as well as the accuser.”

Hlavka noted that the reform of sex education at all school levels could lower sexual harassment rates. Many of the girls in Hlavka’s study did not indicate that they thought  anything outside of forced intercourse counted as a sexual offense.

“This isn’t as much about sex as it is learning what consent is,” Hlavka said. “At very early ages we can teach kids about bodily boundaries and integrity.”

Marquette put an emphasis on sexual violence prevention over the last three years, including unisex consent education for freshmen.

“More and more student organizations and university departments develop prevention initiatives to help Marquette be smarter and safer,” Daood said in an email.

“We know that our kids are smart, that they understand their culture. We need to expect much more from them,” she said. “Clearly, young women are being taught not to expect much from men.”