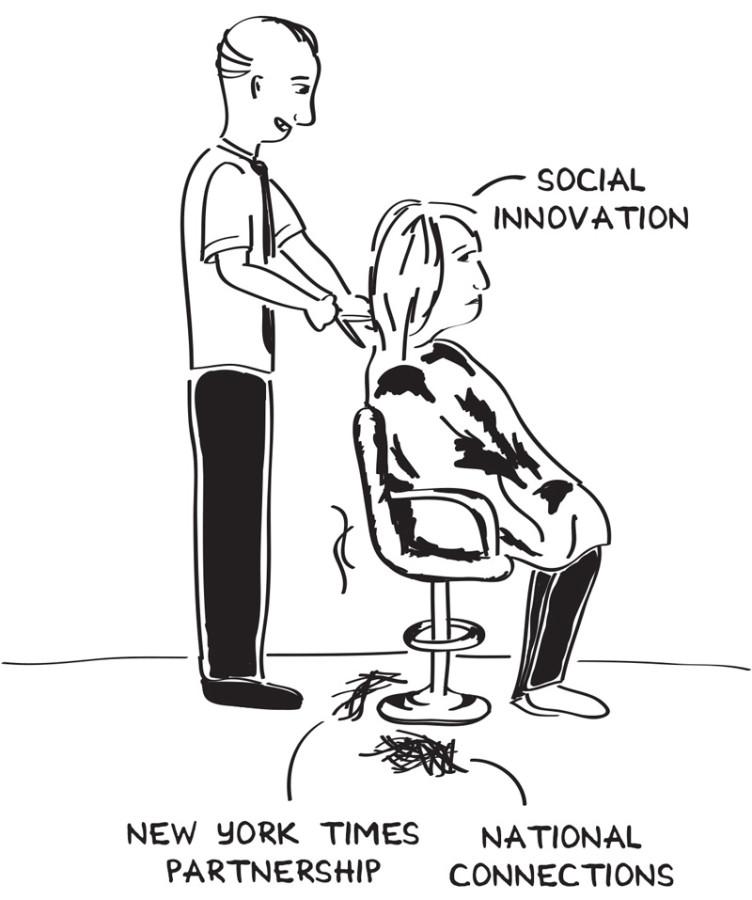 February saw 25 university staff layoffs, including the letting go of Jeff Snell, founder of Marquette’s Social Innovation Initiative. This month, two members of the SII, Elizabeth Wieland and project manager Elise Chapman, resigned from their positions. Although new leaders are found in the Rev. Nicholas Santos, S.J., and Jeanne Hossenlopp, the program unfortunately lost what was gained under Snell’s tenure.

Social innovation refers to the creation of ideas that are more effective, efficient and sustainable to improve social situations. With Snell at the helm of SII, Marquette entered into FixesU, a social partnership with The New York Times including a $100,000 grant from the Bill and Melinda Gates Foundation for its dedication to social innovation. SII was also recognized by AshokaU, a national organization which designated Marquette a “Changemaker Campus” for its notable achievements in social innovation.

However, these partnerships started to suffer in the months following Snell’s layoff. The university’s partnership with the New York Times in the FixesU project will now end once the grant money runs out. And with the lack of current leadership action and a foreseeable plan, Marquette’s status as an AshokaU Changemakers campus is at risk.

The administration’s neglect of university social innovation led to these lost opportunities. Snell may have been let go for budgetary reasons, but it appears Marquette did not properly work to transition those partnerships to new leaders of social innovation at the university. The social innovation program has lost some of its strongest connections, and work needs to be done to reclaim Marquette’s pride in being a socially active campus.

As one of the first 10 campuses recognized by AshokaU for its social innovation, Marquette was leading the way in social innovation at universities. Marquette’s status would change significantly if dropped from the national Changemaker Campus list because it no longer has an efficient staff. It would also be the first university dropped from the list.

The university is feeling the long-term ramifications of Snell’s absence and needs to find new ways to sustain its dedication to social innovation.

With the primary social innovation architect gone, Marquette is not showing signs of sustaining its status as a national leader in social innovation. Hopefully that will change as a result of the forum and quick work in SII. Some of the partnerships and recognition solidified by Snell may already be lost, but it is up to new leaders to reconstruct its image as a socially innovative university.

In a letter announcing the layoffs in February, Interim University President the Rev. Robert A. Wild said cuts were made with the “long-term health of the university” in mind. But with Snell’s departure, the university gave up much more than just a staff member.