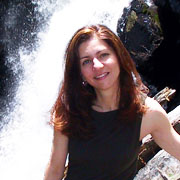 Forgetful students and faculty might want to remember Kristy Nielson’s neuroscience research, which is gaining recognition in the university.

Nielson, a Marquette psychology professor, will receive the Association of Marquette University Women Faculty Achievement Award honoring her excellence in teaching, researching, mentorship and service to the university Saturday. The award will be given at the Mary Neville Biefeld Awards Mass, Reception and Brunch.

Nielson, a neuroscientist, focuses her research on memory and cognition, specifically addressing age-related illnesses like dementia.

John Grych, chairman of the Department of Psychology, said in an email that the AMWFA will be given to Nielson because she “exemplifies the teacher-scholar model.”

“Nielson is a superb teacher and a highly productive researcher whose work has made significant contributions to the field of psychology,” Grych said.

Nielson said her lab, officially called the Aging, Imaging and Memory lab, is often referred to as the “A.I.M. Army,” by her students and colleagues.

“We tinker with the process of trying to make the memory better,” Nielson said, referring to her work in the research lab, where she mentors 14-to-15 undergraduates and six doctoral students.

“Nielson has high expectations for students and challenges them to push themselves intellectually,” Grych said. “At the same time, she is supportive and encouraging and is genuinely invested in helping her students discover their potential.”

Similarly, Nielson said research professors discovered her own potential while she was studying for a master’s degree in audiology.

“I remember them both pulling me aside and saying, ‘What are you going to do?’” Nielson said. “I was doing research, and that should’ve clued me in that I was interested in research. I was enamored with the brain.”

“One of my mentors said if you’re going to go that (researching) route, you have to do it in psychology because we want you to be a real researcher.”

She later decided to switch from her audiology path to the study of cognitive and biological psychology.

“At the time, there was no neuroscience degree,” Nielson said, “and I didn’t want to spend my life with rats.”

She said she was drawn to Marquette from Los Angeles in 1996 because its neuroscience program was beginning to develop, and she wanted to be a part of the process. She was also interested in the faculty because, “they seemed to be real people, not just fully-driven researchers.”

Nielson’s goals for the future include earning more funding for bigger research projects, and she said she considers the possibility of becoming a dean, which she said could allow her to have a “big effect.”