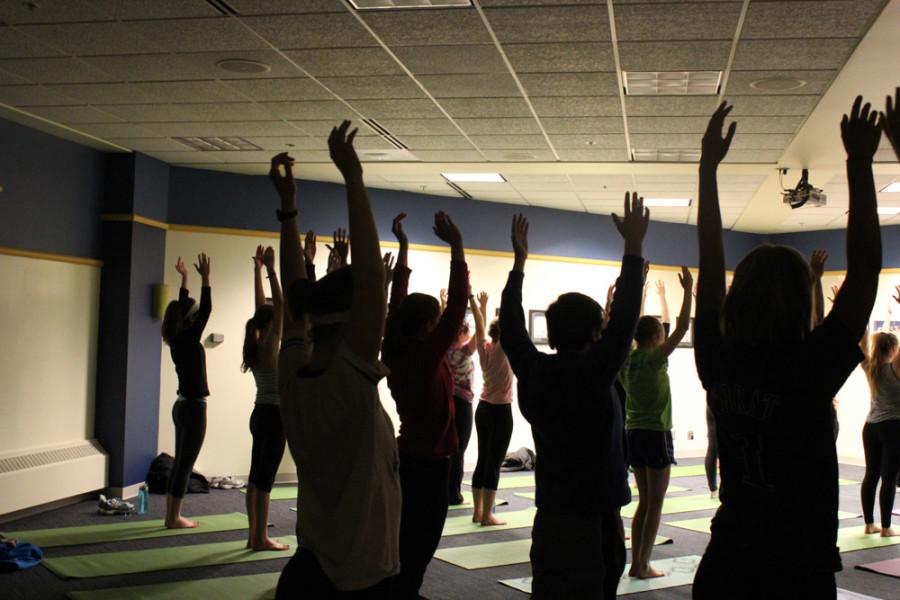 Various speakers, including comedian Sara Benincasa and war veteran Bryan Adams, will speak on Marquette’s campus and talk with students during question-and-answer sessions. The week’s events will look at mental health disorders such as depression, anxiety, schizophrenia, post-traumatic stress disorder and bipolar disorder.

Lindsey Peterson, representative of Marquette University’s Student Nurses Association and sophomore in the College of Nursing, provided Active Minds with green ribbons to build support and awareness of mental illness. Students can pick up green ribbons at residence halls and the Alumni Memorial Union to wear or tie to a tree outside of Raynor Memorial Library.

One in four adults have some kind of mental illness, according to the National Institute of Mental Health. Peterson said symptoms of these illnesses often first appear during college years. She also stressed that the week intends to address the idea that mental illness can always be controlled.

“We can’t blame someone for depression any more than we can for heart disease,” Peterson said in an email, adding that stigmas extend to how people refer to illnesses in a casual setting.

“Some people find it funny to gesture sticking a finger down their throat or putting a gun to their head, or perhaps calling someone bipolar or OCD just because of their quirks,” she said. “That only furthers the feeling that mental illnesses are merely a joke. My hope is that students will treat these disorders with more sensitivity.”

“We need to address populations that wouldn’t normally hear about mental health and that’s why we have the Bryan Adams event, which reaches out to ROTC students,” Pasternak said, adding that other events throughout the week will attract different types of students. “The prayer service reaches out to religious groups, the yoga and tea tasting looks to physical health groups and the Meladies concert reaches students who enjoy arts and entertainment.”

Promoting and increasing student use of the Counseling Center’s services is another goal for the week, since Active Minds found negative connotations and shame associated with receiving counseling or therapy. As a result of these stigmas, Pasternak said students often seek help from friends instead of trained professionals.

“The counselors ask you questions and make you figure it out for yourself, which is something an untrained individual can’t do,” Pasternak said. She noted that counselors are also under an oath of privacy and can help students get medication if needed.

While planning the week, Pasternak received help from Mike Haen, a 2013 Marquette graduate and current graduate student student at the University of Wisconsin-Milwaukee. Haen worked on Mental Health Awareness Week during his senior year at Marquette.

“We don’t want these events to feel like academic lectures,” Haen said. “We want to look at mental health as an everyday, ordinary issue, rather than something to be studied or researched. This week can be a way for people to connect with each other, and that’s the goal.”

Last year the week was hosted by the Kappa Sigma fraternity before its members handed the event over to Active Minds. The week includes a table in the AMU with information on different mental health disorders every day, except Wednesday, in an effort to specifically address students.

“Removing the stigma surrounding mental health will help many people, especially college students, seek the treatment they need, instead of living in fear of their diagnosis,” said Abigail Nelezen, co-president of Marquette’s Active Minds chapter and senior in the College of Health Sciences, in an email.

This year the week is specifically catering to a wide range of students of different genders and academic pursuits, making it unique from last year’s events.

“(Bryan Adams) is a good speaker to have because it brings in the male demographic,” Haen said. “With issues of mental health, it’s hard to reach that population because it’s so culturally stigmatized for men.”

Haen said he thinks the week will be well-attended, especially since information about the events has spread to UWM students.