EDITORIAL: MUSG can use reserve funds to host forums 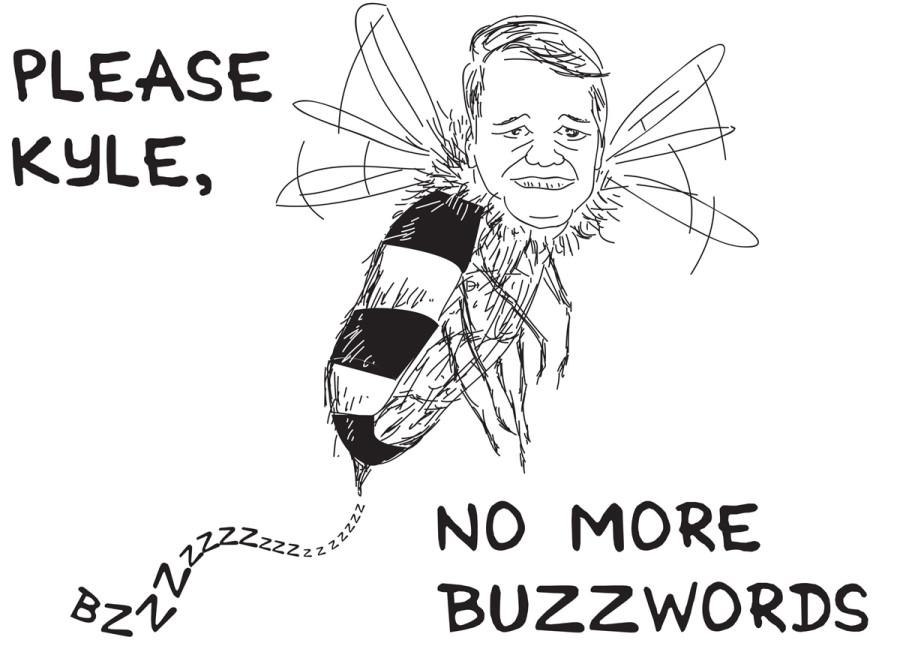 Marquette Student Government throws around a lot of buzzwords, like “outreach,” “student involvement” and “transparency.” It’s good to talk about positive changes that can be made in these areas, but effective action needs to follow in the new MUSG administration.

MUSG President-elect Kyle Whelton said he is interested in spending the Prior Year Reserve Fund in a variety of ways, such as updating gym equipment and exploring green initiatives in campus dining halls. The idea of using the reserve fund to install water bottle filler stations throughout campus was also tossed around by several MUSG senators.

But rather than using the reserve fund for cosmetic changes around campus, MUSG should use the money to facilitate a dialogue with students and university administrators to ensure the fund is spent in realistic ways that the majority of MUSG’s constituency wants to see.

The student government is elected by students and thus needs to represent their interests and ideas, not just those of MUSG representatives. Rather than acting solely as an intermediary, MUSG should instigate a conversation between students and administrator by hosting forums as common ground for discussions.

The money from the reserve fund should support these open forums, which could focus on a specified issue on a monthly basis. It is important for administrators like Interim Provost Margaret Callahan, Vice President of Planning Tom Ganey and Vice President of Finance Chuck Lamb to be invited to these forums so they can answer students’ questions based on the predetermined topic at hand.

University President-elect Michael Lovell expressed interest in discussing university initiatives with students, and a series of forums held by the student government would be a great way for different organizations to form a relationship with their incoming leader.

Such forums will create a direct line between the students who have ideas and the administrators who have the power to implement them. MUSG has the ability and resources to bring these two parties together while serving its role of voicing student opinion. The general student outside MUSG may not know how to communicate with the daunting, faceless entity that is “the administration.” Monthly forums could change that relationship between administrators and students and get more voices involved in campus change.

Some of the Prior Year Reserve Fund should be used to promote these forums and provide free food for attendees to make these conversations as worthwhile as possible. MUSG would need to use effective marketing and promotion methods, which could include placing ads with student media to reach all parts of the university.

These conversations would benefit all parties involved as administrators will have a better idea of what troubles students, students will be able to provide administrators with constructive input, and MUSG could use these discussion to work toward tangible change.

As part of student media, we understand the difficulty of incorporating student voices into the work an organization does. We support the development of new avenues for students to bring up their questions and hopefully find some answers. MUSG does not have all the answers or the ability to make all the changes, but it can start the discussion with the resources already available.

If the Prior Year Reserve Fund is to be used for the benefit of the greatest number of current students, forums are a good way to open up the process and get as many voices involved in campus change as possible. MUSG has a real opportunity to make a difference on campus with the reserve fund and needs to start acting on the buzzwords it constantly throws around.