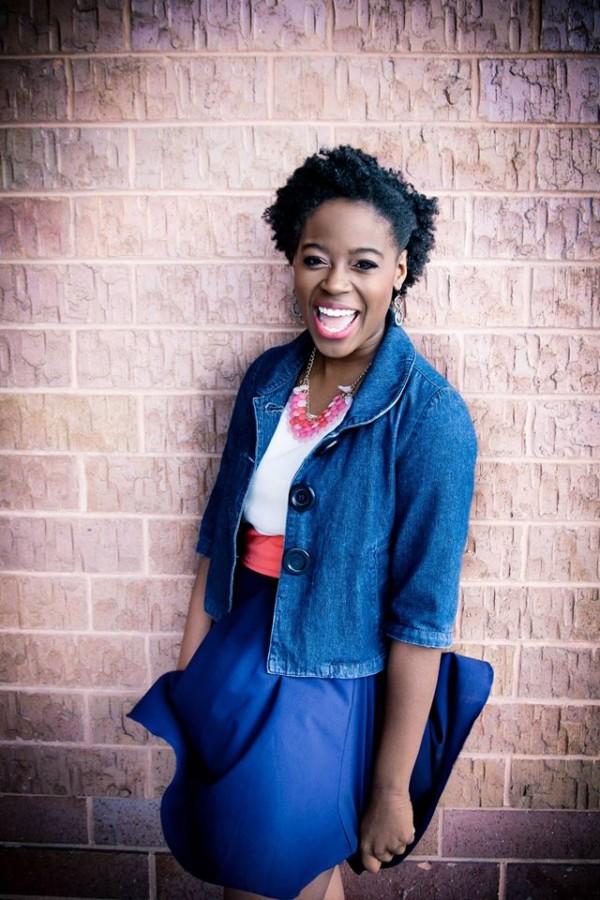 Executive Vice President-Elect Natalie Pinkney, junior in the College of Arts & Sciences, reflected on her successful campaign experience by saying that her eyes were opened to so many concerns and, as a result,  she became dedicated to letting students know that they have a voice.

But for this Las Vegas native, one of the most difficult parts of campaigning was not the busy schedule, but rather standing outside passing out flyers in the windy winter cold we call spring. “It felt like I was going to get frostbite,” Pinkney says. “I miss the weather in Las Vegas because spring there is 80 degrees. This is my third year in Milwaukee, but this is definitely the worst winter I’ve experienced.”

Pinkney’s decision to attend Marquette for a few reasons, none of which included Milwaukee’s climate. “I actually got one of those big books in high school, something like the 371 Best Colleges, and I went through it with my dad. My dad told me he liked Marquette because he knew the basketball team, but he also knew it was a great school,” Pinkney says. “I checked it out and found that Marquette had a blog written by a girl who was a freshman student at the time, and she would answer questions and post photos about her year. I followed it my whole senior year, so I think that’s really what got me to go here.”

Marquette’s spirit of unity and community is a part of who she is today because it has allowed her to find her niche. “Coming from far away, I have always been an independent person, but I always feel at home here,” she says. Pinkney’s favorite thing she has been involved on campus is her sorority, Alpha Xi Delta and also the PanHellenic Association on campus – which serves as the governing body to all the sororities and associate chapters – where Pinkney is Vice President of Membership. “I definitely think making the decision to join Greek life and then making the further step of getting involved in the PanHellenic association has been the number one thing that has shaped my experience on this campus,” Pinkney says. “I love it so much, and it has shaped me as a woman, as a student, and as a leader on campus.”

In addition to her work with Greek life on campus, Pinkney has been heavily involved with residence life. She served as a resident assistant in McCormick hall for three semesters and was a senator for Cobeen Hall her freshman year. “I remember campaigning for senator of Cobeen, which is weird to think about during this campaign. I remember doing this as a freshman, but it was just Cobeen and not the whole campus,” Pinkney says. “My time on senate was really interesting, and I think I didn’t really know what I got myself into, but the whole year was a really good learning experience.”

Pinkney’s wide array of involvement on campus has sparked her interest in making sure that all student organizations know that if they want something changed, they have a voice. “I’m most excited to be in communication with organizations,” Pinkney says. “During the campaign, Kyle and I sat down with one organization and they didn’t even know that if they had a concern on campus they could go talk to MUSG.”

As the new Executive Vice President, Pinkney said that her emotions are a mix of excitement and nervousness. “I am a person who kind of needs to know everything, so the unknown is what I’m most nervous about,” she says. “But it also makes me excited, I just think it’s that anxious overwhelming feeling but in a good way. It’s like, ok, this is happening.”

Although her involvement in MUSG and other student organizations centers around leadership positions and student politics, Pinkney said that she does not see herself entering the field of political science or government beyond college. As a psychology major, Pinkney is thinking about going to graduate school for psychology or student affairs. “I want to continue this process of leadership,” she says. “I really like talking with students, developing them into leaders, and inspiring people. I think I’ve always been someone like that.”